Among the new German parliamentarians are 35 with an "immigration background" - a label they find unfortunate, as they are not there to merely fulfill a quota. DW talked to several of these parliamentarians in Berlin. 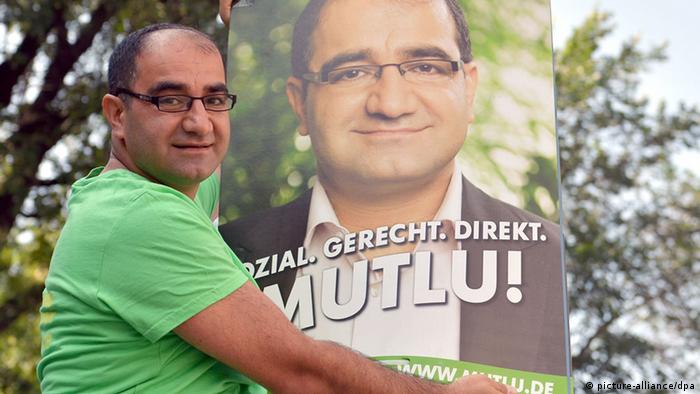 Özcan Mutlu, like Azize Tank, is one of Germany's new federal parliamentarians

Some journalists exasperate Azize Tank, like those who ask, "Mrs. Tank, how do you feel among us?" Although they don't necessarily mean it in a negative way, this question makes the Turkish-born woman, who has spent more than 40 years in Germany, like a mere visitor. As if her next move would be to pack her bags and head back to the country she only visits on vacation. As if she had not just been elected to German parliament as a Left party representative.

Tank sighed and shook her head of long white hair. Many "biological Germans" - or her fellow Germans without foreign roots - would like to pack her neatly into a box, she said. "Mine is the immigration box," she added, grinning.

Her German has small grammatical errors here and there, and a touch of an accent. "My accent - I use it very deliberately. I think it's nice," she said, shrugging. "Maybe someday the time will come when I will no longer be asked: So where are you really from?" 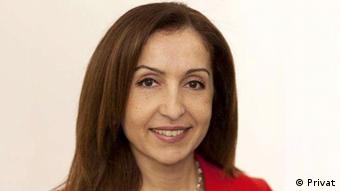 Demirel: "Diversity must be represented"

Parliamentarians and journalists scurry by in the rain outside the window of a cafe in Berlin's government quarter. The Bundestag - or lower house of parliament - is only a few paces away.

Tank, who until retiring in 2009 worked as an official in the integration sector, had never belonged to a political party; instead, she says, she was a part of the women's movement. But when the Left party asked her to run for office, she quickly accepted the opportunity, in order to fight racism and promote equality for Germans with foreign roots. "Integration issues," she said, "are my issues."

And she also ran, she said, because "role models are important - above all for young people." She explained how, in the course of her campaign, she told a few young girls with parents from Iran or Turkey: "Today, my campaign posters are hanging on the street poles. In the future, one of yours should be hanging there."

'It's your responsibility to be what you want'

Following Sunday's election, there are now more non-ethnic German parliamentarians in the Bundestag than ever before. DW discusses the issue of diversity in Germany with freshly-elected parliamentarian Charles Huber. (26.09.2013)

According to the Integration Media Service, Tank is one of 35 parliamentarians with foreign roots who will join the newly elected German parliament - in 2009, there were only 11.

Filiz Demirel, who works with a network of elected representatives of Turkish origin, welcomed the fact that the number of parliamentarians with Turkish roots increased from five to 11 this time around. But this is still far too few, she thinks.

About 20 percent of Germany's population has foreign roots. And this segment is not only interested in issues like dual citizenship or voting rights for foreigners, but also in topics like tax increases and Greece bailouts - just like everyone else.

Regardless, it's important to retain a certain degree of specialized representation in the German parliament. Germany's diversity can only be realized if differing interests can meet - "indeed, in politics as well as economics," Demirel said.

Having visible political role models also tends to motivate people with foreign roots to get active - and vote. Political parties understand this well, for example by targeting this segment in the recent election, Demirel said. She noted it as a positive development that hundreds of candidates with foreign roots were nominated in the last round of voting.

Özcan Mutlu, who will be representing the Green Party in parliament, was one such candidate with an "immigration background." But he's far more bothered about being reduced to his Turkish background than Tank. A party loyalist, he's had one of the longest-running stints in Berlin's local house of deputies - yet many of his colleagues still consider him "the Turkish representative."

Foreign-roots voters in the German election

Even though he is the educational politics spokesperson for the Greens, journalists continually query him on immigration and integration topics. Despite this, he said, competitive pressure on politicians in his party is equally spread, regardless of their heritage - "and that's a good thing," Mutlu said.

He added that he could picture one federal minister and a few undersecretary posts in the to-be-decided administration going to people with foreign roots. But he doesn't see more than that - Germany isn't ready for that yet.

The interview keeps getting interrupted as people come around to congratulate Mutlu on the recent vote, in which he won a seat in parliament. His move from local to national politics could also mark a shift in focus - toward domestic politics.

A lot needs to be done on issues like right-wing extremism and domestic security, he said. "That would be new territory - a Turk focusing on German domestic politics," he said, smiling. "People will still have to warm up to that one."