Biodiversity neglected in countdown to Doha | Environment | All topics from climate change to conservation | DW | 21.11.2012

Biodiversity is a vital part of lowering carbon emissions - but an overlooked one, according to forest experts. In a paper for the upcoming UN conference on climate change in Doha, they call for a new point of view. 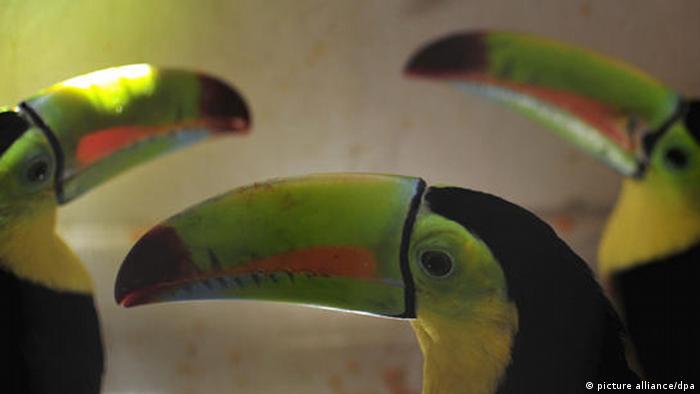 Consider the toucan. The South American bird is beloved around the world for its vibrant beak and proud posture. It is actually known to benefit from deforestation, because it flocks to the kinds of open land that is created when trees are cut down.

Other species are not so lucky. Widespread deforestation is depriving many creatures of their native habitats. Worse still, efforts to reforest land are not always effective. Once animals are driven out, it's hard to bring them back. That has far-reaching consequences, according to a groundbreaking report that the International Union of Forest Research Organizations (IUFRO) is to present at the climate talks in Doha, Qatar. 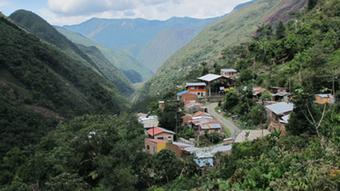 The report calls for a more thoughtful approach to reforestation

"We found out that biodiversity is a key determinant of forest ability to sequester and store carbon," said Christoph Wildburger, Coordinator of an IUFRO-led initiative called the Global Forest Expert Panels.

The new report delves into previously uncharted territory, investigating the connections between biodiversity, forests, carbon emissions and human beings. It argues that the less biodiversity there is in a forest, the poorer job the forest will do of absorbing carbon gas.

The reason isn't simply that decreased biodiversity means fewer bees to pollinate flowers. Rather, they chart out an elaborate system of effects that biodiversity has on a forest's health. 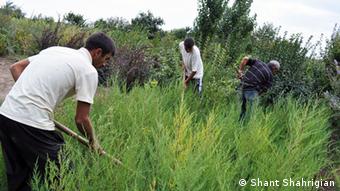 Involving locals could have many benefits

Basically, the more diverse and interconnected the species in a forest are, the healthier the forest will be. And healthy forests mean a whole range of benefits, such as food, water, erosion control – and the removal of carbon from the atmosphere.

"If you have a certain area of forest breaking down because it lost a certain amount of biodiversity, you will lose carbon storage," Wildburger told DW in an interview. If "a forest system will lose its stability, then you will lose a lot of ecosystem services – maybe also carbon sequestration."

Wild species are not the only animals discussed in the report, which is titled "Understanding Relationships Between Biodiversity, Carbon, Forests and People: The key to achieving REDD+ objectives."

The paper also calls for policy makers to "add people to the picture" when pursuing REDD+ aims, a set of UN goals to reduce greenhouse gases from deforestation through financial goads. Wildburger pointed to a project in Tanzania as a successful case of involving locals in the fight against carbon emissions. 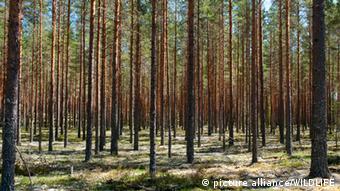 Expectations are mixed ahead of the Doha conference

After swathes of trees were cut in the northern region of Shinyanga, locals banded together to use traditional means of reforestation. According to the report, the area had been "dramatically transformed" by 2000 – with benefits to the environment and locals alike.

"They got more supplies from different forest goods and services," Wildburger said, "and at the same time there were a lot of carbon benefits because a lot of trees were planted. That's quite a good example of a win-win situation."

As of this summer, 75 countries had joined a partnership to support or implement the REDD+ goals, according to reddpluspartnership.org. The IUFRO report will get its hearing on Dec. 2 in Doha.

'Time running out' for climate deal

The third Petersberg Climate Dialogue has wrapped up, with both Germany and Qatar saying the talks were a good preparation for the next UN climate talks in Doha. (19.07.2012)