The US president will discuss troop withdrawal with his Afghan counterpart as the Taliban gain ground in Afghanistan. Biden is expected to pledge economic and humanitarian aid. 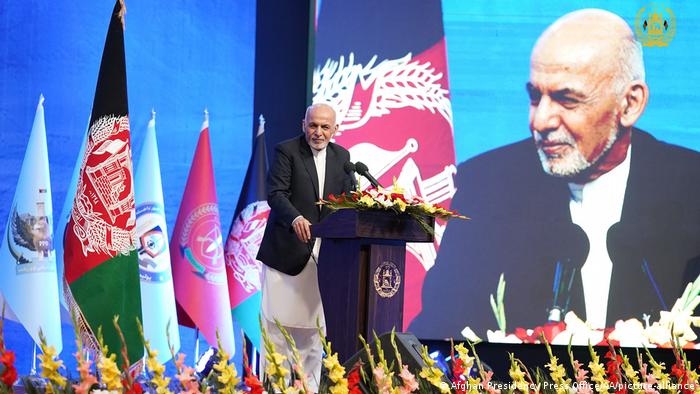 US President Joe Biden will meet Afghan President Ashraf Ghani later this week, the White House said on Sunday, amid a surge in violence ahead of a planned full withdrawal of international troops.

Afghan forces and the Taliban have clashed repeatedly across the country as American and other foreign soldiers get set to fully leave by September 11 this year.

Biden's talks with Ghani this Friday will be their first face-to-face meeting since the former senator took up the presidency in January.

The US leader is set to pledge diplomatic, economic and humanitarian assistance to Afghanistan to prevent it from becoming a haven for militants. 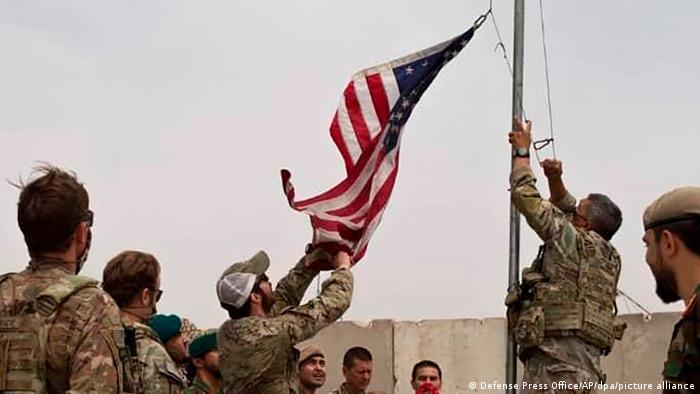 The US began its pullout from Afghanistan in May

But since the announcement that the United States planned to end its presence there after nearly 20 years of war, the Taliban have seized at least 30 districts across the country.

What else is Biden planning to do?

The US is also offering sanctuary for Afghans who worked for the NATO-led coalition over the past two decades amid fears that the Taliban might carry out reprisals against them and their families.

Twenty members of Congress earlier this month appealed to President Joe Biden in an open letter to "immediately" evacuate the more than 18,000 interpreters and their families, who have filed for visas to come to the United States.

Each application "takes an average of 800+ days, and we plan to withdraw in less than 100 days," the bipartisan elected officials wrote. 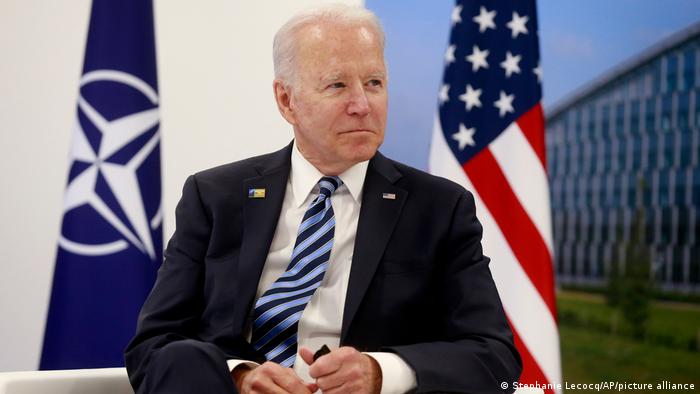 US National Security Adviser Jake Sullivan, speaking to broadcaster ABC News on Sunday, said the issue was "a paramount priority" for the White House and that visa applications were being sped up.

"We are processing these applications and getting people out at a record pace. We are working with Congress right now... to actually streamline some of the requirements that slow this process down," he said.

At the same time, Sullivan downplayed talk of President Biden changing his mind on theAfghanistan withdrawal.

"There have been no plans to change the basic proposition that the president laid down, which is that all American forces will be out, and they will be out well before the deadline that he set forth in his April 16th speech," he said.

How have the Taliban reacted?

The Taliban has already dismissed the visit by Ghani, who is set to travel with the chairman of Afghanistan’s High Council for National Reconciliation Abdullah Abdullah, as "useless."

"They will talk with the US officials for preservation of their power and personal interest," Taliban spokesman Zabihullah Mujahid said.

"It won’t benefit Afghanistan," he added.

There has been no immediate comment from the Afghan presidency, but senior officials told the Reuters news agency that they would be seeking security guarantees from the United States.

What about the peace talks?

Peace negotiations between the government and the Taliban in Qatar remain deadlocked.

They began last September, but meetings in Doha over the past two and a half of weeks have delivered little progress.

The Taliban said on Sunday they were committed to peace talks, but insisted they wanted a "genuine Islamic system" in Afghanistan that would take what they see as a traditional line on issues such as women's rights.

International negotiators are concerned that the militant group has not submitted any written proposals, with Tomas Niklasson, the EU's acting special envoy for Afghanistan, warning last week that time was running out.

In May, US intelligence analysts said that the Taliban "would roll back much" of the progress made in Afghanistan on women’s rights if the group regained national power.

Prior to their ousting in 2001 by the US-led coalition, they imposed a hardline form of Islamic rule that banned girls from attending school.