Berlin's delayed Brandenburg Airport will not open in 2017

The opening of Berlin's problem-plagued project, Brandenburg Airport, will not take place in 2017 as planned. The inauguration of the BER airport has already been delayed by six years. 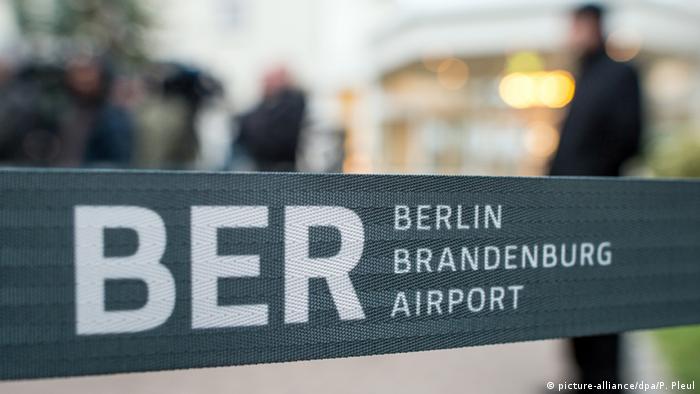 The opening date for the German capital's new airport has been delayed again, the head of the Airport Berlin Brandenburg project announced on Saturday.

The latest delay has reportedly been caused by faulty wiring and problems with the control systems for nearly 1,200 doors. That has posed a safety risk in the event of a fire. There are also problems with the pipes in the fire sprinkler system.

Project chief Karsten Mühlenfeld said after consultations with all those involved in building the airport the risk of opening it this year was too high.  His official announcement confirmed what Berlin's mayor, Michael Müller, had indicated last year.

The new opening date has been set for sometime in 2018.

After nearly 15 years in the planning process, construction on Berlin Brandenburg Airport began in 2006 with a scheduled opening date of 2011. After a half dozen delays, the opening has been delayed by at least six years.

Opinions vary as to the reasons for the delays with some experts citing technical problems, shoddy construction and mismanagement.

The Berlin Brandenburg Willy Brandt Airport in Schönefeld is supposed to replace the smaller and outdated Tegel Airport and Schönefeld Airport.

The number of travelers using Berlin's airports has risen considerably in the course of the year. A month before the end of 2016, officials confirmed a new all-time record - a fresh challenge for the German capital. (02.12.2016)

Francis Kéré, a renowned architect from Burkina Faso, is to repurpose a disused airplane hangar at Berlin's former Tempelhof airport. Meanwhile, his works - including his famous opera village - are on show in Munich. (17.11.2016)