Omnipresent ad columns have helped during war and defied digitization. Now Berlin's traditional "Litfasssäule" are about to disappear — only to be replaced by new ones. Here's why they're legendary. 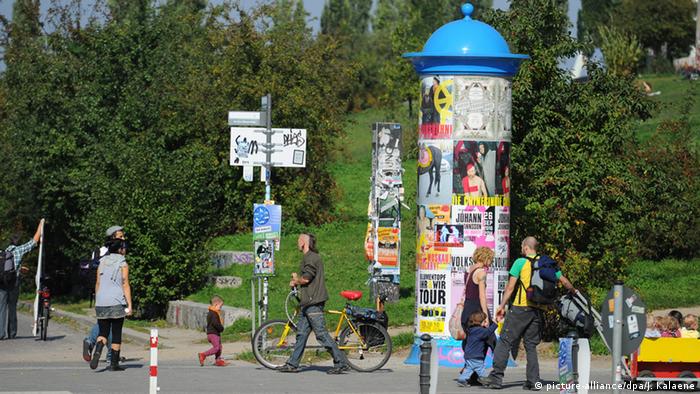 Berlin's cityscape won't be quite the same without them.

While they may seem trivial in our digital world, advertising columns are seen as an immutable part of many urban environments, and of Berlin in particular. But now the city has decided that the legendary posts were to be removed — 20 of them a day, until they all disappear by June 30.

Absurdly, according to the Berliner Zeitung newspaper, while the traditional ad columns will be removed, ILG, the new company from Stuttgart that has acquired the advertisement rights for the next 15 years, will build 1,500 new columns — 1,000 less than before — of a new type to replace the Berliner original ones. They will be larger and have lighting.

It was in the German capital that the poster-plastered pillars were invented in 1854. In German, the advertising columns — known in the plural as Litfasssäulen — are named for their inventor, Ernst Litfass, who was born in Berlin over 200 years ago, on February 11, 1816.

While the German capital has survived two world wars and undergone dramatic changes since Litfass's lifetime, over 3,100 traditional Litfasssäulen dotted Berlin until recently, much as they had for the last century and a half. Their likeness is found not only throughout Germany, but also abroad in cities like London and Paris. 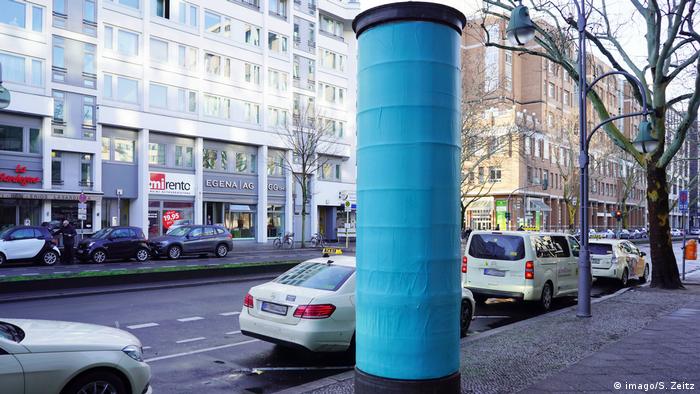 The Berlin columns are covered up before being removed

Inventor found inspiration in a toilet

Ernst Litfass was a successful printer and publisher who earned his fortune during the industrial revolution of the mid-19th century. The Litfasssäule and the concept of public advertising behind it was inspired by a trip to Paris in 1843.

"He was completely taken by the advertising he saw there," Marlies Ebert, a historian with Berlin's City Museums, told DW. The somewhat unlikely source of his inspiration was a circular pissoir bedecked with advertisements.

Where others saw a public toilet, Litfass saw an opportunity.

"In Berlin at the time, papers, signs and political announcements were stuck all over the place, on houses, on trees, on what have you," described the historian. "It looked completely unorganized." If necessity is the mother of invention, the need was certainly present.

Paris, on the other hand, would get its own version of the ad pillars in 1868. There, they are called "colonnes Morris," named for printer Gabriel Morris who implemented an idea similar to his German counterpart's. 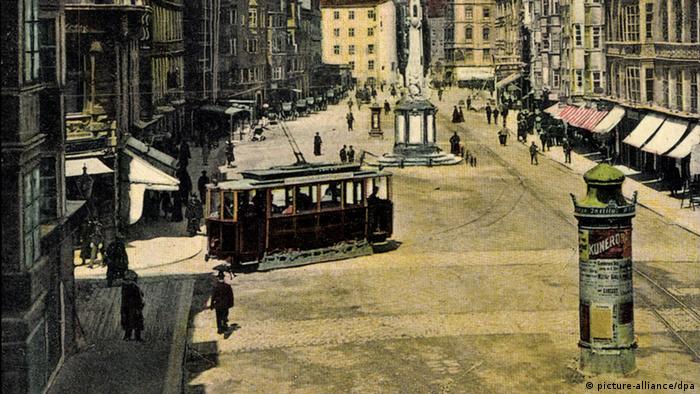 Part of different cityscapes for ages: a Litfasssäule in Innsbruck

Litfass was a well-known do-gooder who threw parties for wounded soldiers, complete with free beer and fireworks displays, said Ebert. Although he may have liked a wild soirée, he detested Berlin's "wild advertisements," which he considered eyesores.

Fulfilling or perhaps contributing to Germany's stereotypical orderliness, Litfass dreamed up a column that would not only round up rogue advertisements but profit from them, too.

"He made an agreement with the head of the Berlin police that said he had the right to put up columns and advertising," explained Marc Bieling, director of Die Draussenwerber, the advertising firm formerly in charge of Litfasssäulen in Berlin.

"For example, if an opera company books a poster and pays for an ad, he would take the money and share it with the police department, which is the Berlin Senate today," continued Bieling. "The concept is basically the same everywhere in the world right now."

Initially, Litfasssäulen were used to advertise cultural events. To ensure that no wild ads were snuck into the mix and that all was hung in an orderly fashion, an inspector was tasked with giving the columns a daily once-over.

How an ad column can help during war

They took on a new role in 1870 when the Franco-German war broke out. Litfass convinced the city leadership to hang the latest news from the front since those in central locations were ideal for spreading crucial information.

"People could gather and read the news much quicker than in newspapers, which took longer to be printed," said Ebert.

After the World War I and II, the columns were used to hang notices for missing persons and help-wanted ads for rubble clean up, among other public advertisements.

Modern Litfasssäulen put the spotlight on concerts, performances and other events of the city's many cultural institutions.

Berlin's Litfasssäulen were uniquely spread throughout the city, from the busiest plazas to the most remote suburb. For now, the plan is to preserve 50 of the classic columns as historic monuments.

The 100 best posters produced in German-speaking countries for publicity, commercials and ads are on show at Berlin's Kulturforum. That's important, as the poster as an art form has come under threat from social media. (16.06.2017)

A campaign has been launched in the German capital to reduce the number of billboards and free up public space. The group behind it, Berlin Werbefrei, says it would help bring back the city's unique character. (17.01.2018)