From a comic book villain to Jesus, Willem Dafoe has portrayed every possible role during his career. With 100 movies in his filmography and counting, the Berlinale awards the American actor an honorary prize.

"It's a great honor," Dafoe told DW's Adrian Kennedy in an exclusive interview. "I have a long history with the Berlinale. And a long history with Berlin – this place is special to me. So to be recognized for contributing something makes me feel useful."

To coincide with the award and recognition of his varied career, the film festival has been screening some of Dafoe's most critically-acclaimed films.  Audiences in Berlin can relive his compelling portrayal of an American soldier in 1986's "Platoon," or the blood-sucking character of Max Schreck in "Shadow of the Vampire."

Though nominated for an Academy Award for both roles, the actor has never won an Oscar. Luck may smile upon him this year, however, with an Oscar nomination for "The Florida Project" in which he plays Bobby Hicks, the manager of The Magic Castle Motel who looks out for the children of a wayward mother. 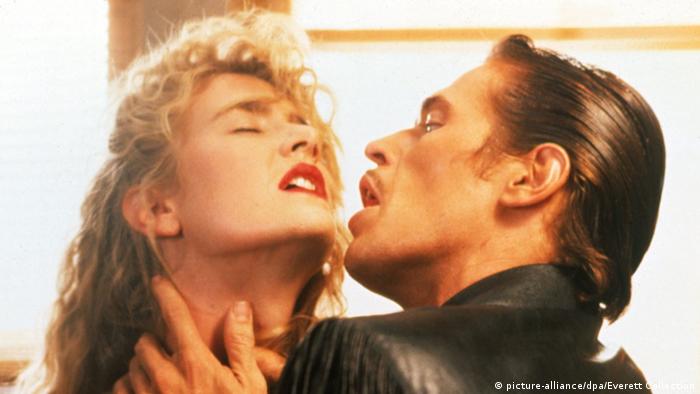 The actor's most commercially successful role to this day is that of Norman Osborn, alias Green Goblin, in the "Spider-Man" movie from 2002. Arguably his most sinister role is that of Bobby Peru in 1990's "Wild at Heart."

Willem Dafoe was born in Appleton, Wisconsin in 1955 and began studying drama at university at the age of 17. He left the institution after only three semesters when he joined an experimental theater company, "Theatre X." He started to focus on film in the 1980s.

Since starting his career as an actor, Dafoe has traveled repeatedly to Berlin and remains inspired by the city, and country, currently honoring him.

"Germany is really impressive in its support of culture; it's a rich country and it knows the importance of culture," he told Kennedy. "I've met friends here. I've performed here with a theater. I'd made movies here. I've been at the Berlinale. So it's a personal story. Germany has changed so much through the years that I am part of that history."

Click through the gallery above to relive some of Dafoe's most unforgettable performances.

The Retrospective section is one of the highlights of every Berlinale. This year, the festival commemorates the 100th anniversary of the end of the First World War by devoting its program to (restored) Weimar-era cinema. (19.02.2018)

Along with sexual harassment in the film industry, there's a huge gap in female representation in the media. A panel was held in Berlin to discuss the situation. It was briefly interrupted by far-right activists. (20.02.2018)