Along with sexual harassment in the film industry, there's a huge gap in female representation in the media. A panel was held in Berlin to discuss the situation. It was briefly interrupted by far-right activists. 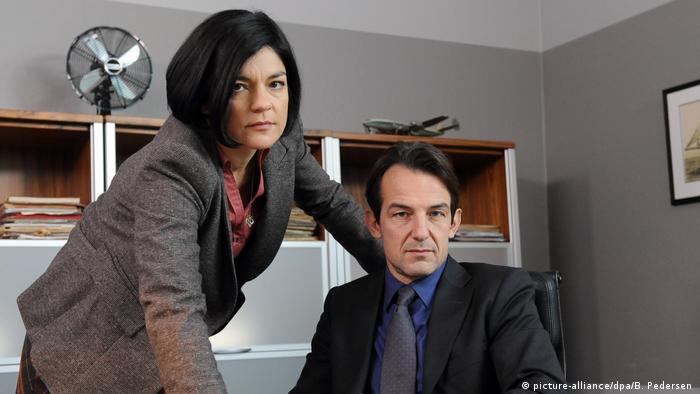 In the aftermath of the Harvey Weinstein scandal and the Dieter Wedel case in Germany, a national body of complaints against harassment in the entertainment sector will be established in March, announced Berlin Culture Minister Monika Grütters at the opening of the Berlin International Film Festival.

This concrete measure was welcomed during the panel discussion "Culture Wants Change — A Conversation on Sexual Harassment in Film, Television and Theater," held Monday at Berlin's Tipi am Kanzleramt venue. The panel was one of the main political events to address the #MeToo debate during the Berlinale.

The discussion brought together actors and public TV directors, as well as a representative of the association Pro Quote Film, which aims to achieve gender parity behind and in front of the camera in Germany.

Read more: Why #MeToo will be a recurring theme throughout the Berlinale

Could a code of conduct help?

As the moderator of the discussion, journalist Verena Lueken started by asking the participants if they felt a code of conduct should be developed to limit cases of abuse of power.

"A code of conduct wouldn't be applicable in our industry," actress Natalia Wörner responded, pointing out that the filmmaking process is a creative one that shouldn't be restricted. 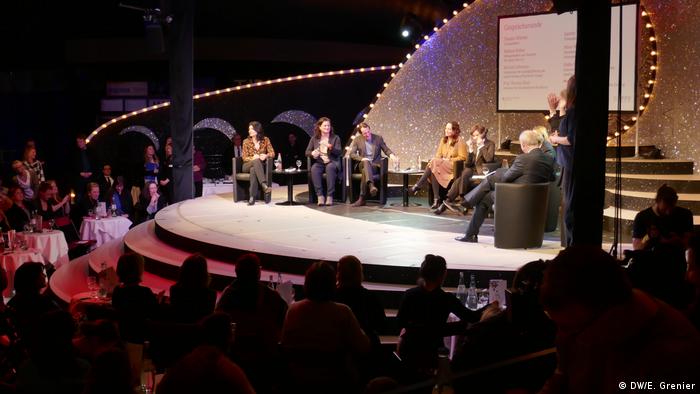 "Culture Wants Change:" Not all panelists were in favor of a code of conduct

"Yet it's possible to talk about a few things that aren't OK," retorted actress Jasmin Tabatabai, adding that difficulties for actors emerge at the initial casting phase: "There's a god, the director, and you need to please him." How far an actor is ready to go to please, and what is acceptable during a casting, is still a matter of personal definition. But that doesn't need to be the case, argued Tabatabai.

The terms of a casting session need to be determined face-to-face, added actor Hans-Werner Meyer. If getting undressed is required, it makes a difference if it's something that's discussed ahead of the meeting, as opposed to being demanded of an actor in a hotel room.

"The employers' responsibility is to turn closed structures into open and transparent ones," pointed out Heike Hempel, deputy program director for public broadcaster ZDF.

The discussion was suddenly interrupted by young women taking the stage with a banner. While their message was being deciphered by most participants, others already understood the context and started shouting "Nazis raus!" (Nazis leave!). 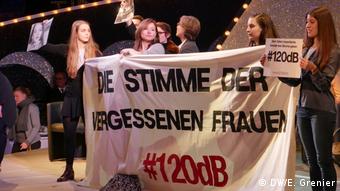 After a short moment of confusion, the women left the stage and the discussion resumed. It was later made clear that they were far-right activists trying to co-opt the #MeToo movement by linking sexual misconduct to migrants and asylum seekers.

Gender quotas in the film industry?

After the brief disruption, the discussion turned to the fact that men still dominate the leading positions in media organizations, and behind the camera.

A study analyzing content produced by public broadcasters ARD and ZDF, as well as German feature films since 2016, found that 80 percent were directed by men, noted Barbara Rohm from Pro Quote Film. Similar numbers are seen in the distribution of state funding for films.

The association calls for equal gender distribution of public subsidies and filmmaking contracts. Even though all directors present on the podium agreed that things should change, Pro Quote stressed that Germany shouldn't count on the good will of individuals to improve the situation. The association rather believes that official gender quotas for state funds should be established.

Beyond numbers, reflecting on the image of women in film

The third main panel topic concerned the way women are represented in German media. Across all genres of TV programs, 33 percent of people appearing on screen are women and 67 percent men.

And the women who do get screen time are usually young.

Women progressively start disappearing from TV programs by the time they turn 35, a study shows. One in four 50-year-olds on screen are women. Making most females on TV young, thin and good-looking "is really a distorted image of women," said Pro Quote's Wörner.

But such numbers fail to reveal the type of roles given to women, pointed out Tabatabai. Are they portrayed as strong, leading types or do these female characters mainly define themselves as someone's wife, lover or assistant?

Knowing the odds are working against her, the 50-year-old actress considers herself lucky to be co-starring alongside Hans-Werner Meyer in the ZDF TV detective series "Letzte Spur Berlin" (Last Trace Berlin, pictured top).

Yet even as part of a detective duo, Tabatabai says she continuously "had to fight so I wouldn't be the woman standing behind him and worrying."

Actress Michelle Williams was reportedly paid only 1% of what her male co-star Mark Wahlberg obtained for reshooting scenes of Ridley Scott's "All the Money in the World," following the Kevin Spacey scandal. (10.01.2018)