Organizers of "Pro Quote Film" have said that a woman is still seen as a "risk factor" in the German film industry. The new group is calling for gender parity, including quotas for funding projects by female directors. Women are still at a disadvantage in the German film industry, underrepresented in key creative positions, according to the initiative, "Pro Quote Film" ("Pro Quota Film"). With a board of directors comprised of many famous German faces in the film industry — Barbara Rohm, Bettina Schoeller-Bouju, Barbara Teufel, Tatjana Turanskyj and Julia Thurnau — the organization met Wednesday, January 31, 2018 in Berlin to call for greater support for women.

Noting that male-led productions received 82 percent of the EU funds distributed by the German Federal Film Fund (DFFF), the group called for increased support for women. Just half of the women who undergo training at film colleges in Germany work in the industry. Women, the organizers said, are still seen as a "risk factor." 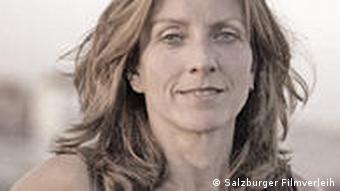 Connie Walther is one of the organization's supporters

Quotas for women in film

The organization grew out of "Pro Quote Regie," which was started in 2014 by a group of directors who called for greater equality for women.

The new group's initiators have based their calls for gender parity on the results of a 2017 study conducted by the German public broadcasters ARD and ZDF on gender and film, which showed that just 22 percent of all cinema productions are directed by women, whereas just 14 percent of made-for-tv movies are. While 48 percent of all graduates of a screenwriting program are women, they make up just 23 percent of those working as screenwriters in the industry.

With the support of over 1,200 people in the industry, including actress Jasmin Tabatabai (title photo), director Connie Walther and screenwriter Dorothee Schön, is demanding that public broadcasters institute a quota with at least 40 percent of budgets and contracts going to women.

More women have come forward with allegations of sexual harassment and rape by German film director Dieter Wedel. One actress said she first spoke up almost 40 years ago, but no one wanted to listen at the time. (25.01.2018)