A well-known monument depicting the Star of David on a German flag has been vandalized, Berlin police said. The incident comes as thousands of Jewish athletes are competing at Maccabi Games in the German capital. 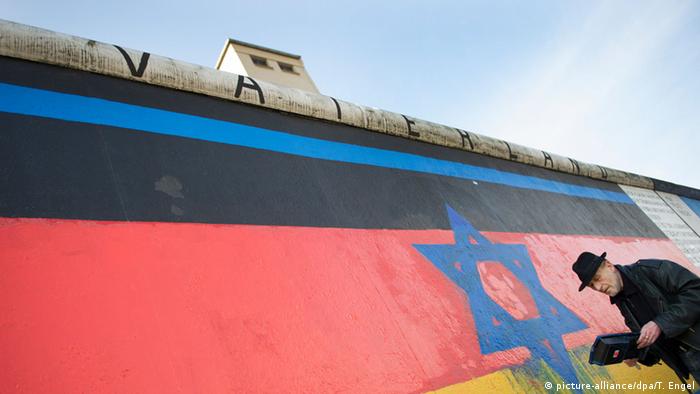 The anti-Semitic slogans were discovered at a section of the Berlin Wall belonging to the iconic East Side Gallery, officials announced Saturday.

The outdoor gallery features over 100 original murals by artists from all over the world, who painted their works on the largest surviving segment of the Wall. The unknown vandals defaced the picture called "Vaterland" by German artist Günther Schaefer, scrawling hate speech over the mural showing the Star of David on the German flag.

Berlin authorities have covered the mural, until the graffiti can be removed.

Schaefer, who is also one of the gallery's original designers, told the AFP news agency he would paint over the hate speech after assessing the extent of the damage.

The East Side Gallery is considered the largest outdoor gallery in the world, and is a famous tourist attraction symbolizing the fall of the Iron Curtain.

German security services are investigating the incident, but there are currently no suspects, officials said.

It also was not immediately clear if the defacing of the mural is connected to the Maccabi Games, which are currently taking place in Berlin. The Games have seen thousands of Jewish athletes come to the German capital to take part in the Europe's largest Jewish sporting event.

Maccabi Games were first established in 1929, in response to the exclusion of Jewish athletes from sporting clubs in Europe. This is the first time they are taking place in Berlin.

Authorities have stepped up security across the capital since the 10-day event started on Wednesday.

A group of Jewish teenagers wearing skullcaps was harassed in Berlin on Friday, police said. Also on Friday, two security guards were targeted by anti-Semitic insults while protecting a hotel hosting the athletes.

Police have arrested one man of Arabic origin over the incident.