Three bland watercolor paintings supposedly signed and painted by Adolf Hitler before WWI were set to be auctioned off in Berlin. But a tip from a private individual that they might be fakes prompted police to act. 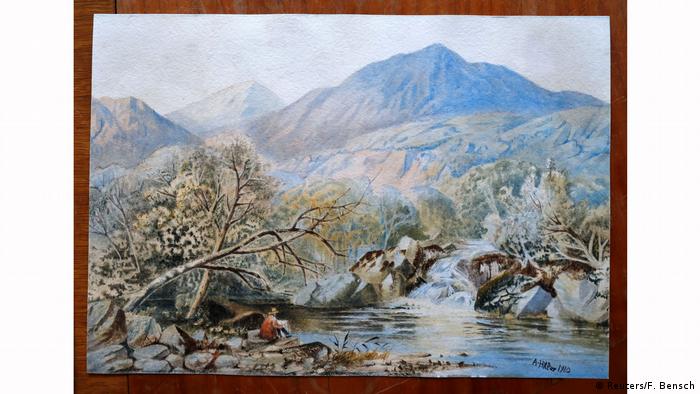 Hitler had aspired to be an artist before he turned to politics, rose to lead the Nazi party and organized the mass murder of over 6 million Jews during the Holocaust. Hundreds of his artworks exist, as do many forgeries.

Spokesperson Patricia Brämer from the Berlin State Police Office (LKA) confirmed to DW that police had taken the three paintings from the Kloss Auction House in order to investigate suspicions of forgery. 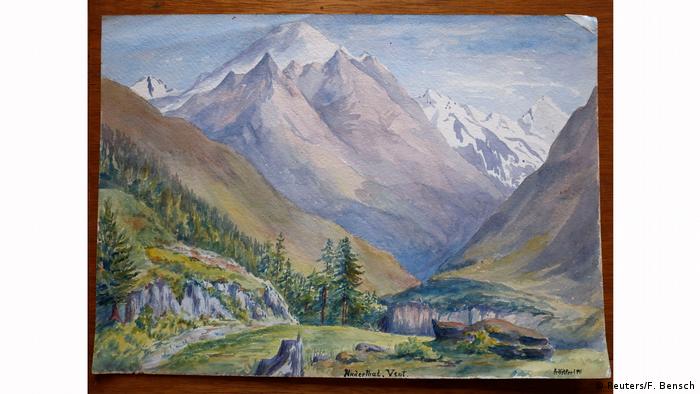 'Niederthal, Vent' is one of the watercolors signed by 'A. Hitler' that Berlin police seized

The police had acted after a private person informed them yesterday that the three works signed "A. Hitler" could, in fact, be fakes, Brämer said. After initial investigations by the police's team of art experts, the police obtained legal permission to seize the works from the auction house on suspicion of fraud and forged certification, she added.

With the paintings now in police possession, investigators will continue to examine whether the certificates of authenticity for the three paintings are legitimate. 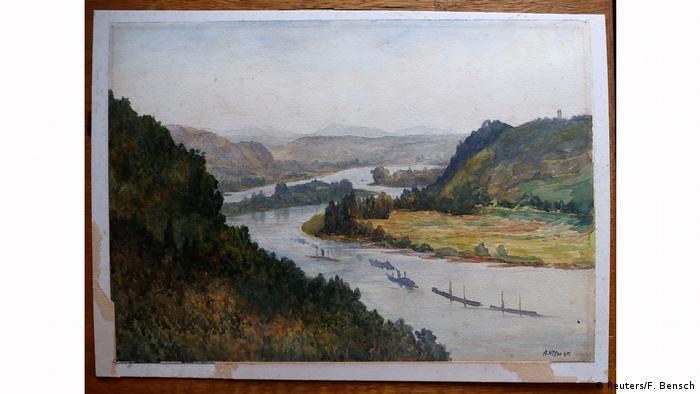 Hundreds of artworks, many forgeries

The works that Kloss had planned to auction had been authenticated by a US-based handwriting specialist, Frank Garo, Reuters reported. The "A. Hitler" signature at the bottom of the paintings "shows spontaneity, proper letter size…and no sign being drawn or forced," Garo said, according to Reuters.

Upon inquiry from DW, an official at the Kloss Auction House was unable to provide any information beyond that they had obtained the official certification documents for the paintings. The website lists the certificates of authenticity as dated between November 2017 and April 2018.

Prior to the auction, a spokesperson from Kloss  had described Hitler's paintings as being artistically worthless.

"In my view they have no artistic value," Heinz-Joachim Maeder had told the Reuters news agency. "It's simply adequate craftsmanship. The value of these objects and the media interest is because of the name at the bottom."

"If you walk down the Seine and see 100 artists, 80 will be better than this," Maeder added. 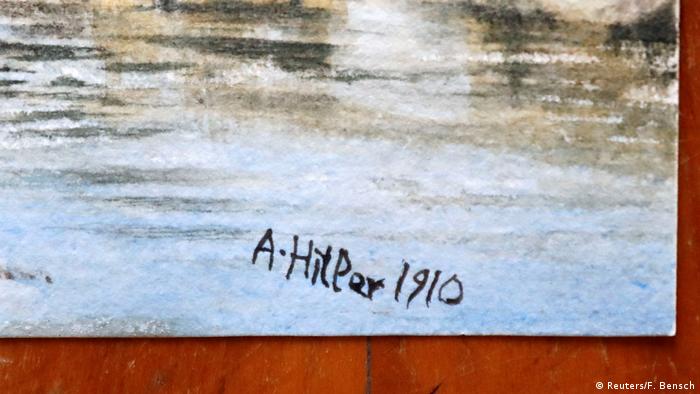 The signature 'A. Hitler' with date 1910 on the bottom of the watercolor landscapes could possibly have been faked

The starting bid price for each individual painting had been set at €4,000. The sellers of the paintings did not wish to be identified.

Read more: Hitler paintings on auction - who buys them?

Hitler tried unsuccessfully to earn a living as an artist prior to fighting in WWI, during which time he churned out lots of postcards and paintings for petty cash. He also tried and failed twice to gain entry into the Vienna Academy of Fine Arts.

An auction of Nazi German artefacts, including what were described as "great pictures of Hitler," has stirred controversy in Australia. The local Jewish community called the event outrageous. (02.12.2018)