Gangs of masked anarchists set fire to cars and threw stones in the Berlin neighborhood of Neukölln. An official has called the incident an act of terrorism. 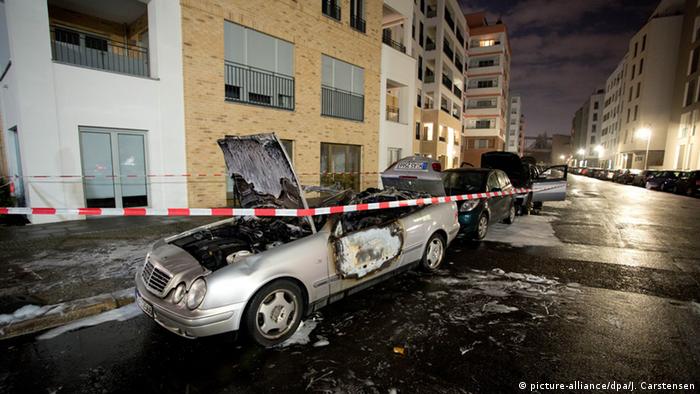 Frank Henkel, Berlin's minister for internal affairs, condemned the violent acts committed by left-wing anarchists on Saturday night, the second night in a row the city has seen such violence.

Between 50 and 100 rioters stormed through the neighborhood of Neukölln in the early hours of Sunday morning, setting fire to 20 cars and throwing at least one stone at a police car. The previous night, between 20 and 40 masked rioters on bicycles burned 28 cars and smashed windows in the Kreuzberg district of Berlin.

Calling the incidents "terrorist acts," Henkel said, according to the German dpa news agency, the chaotic images showed "that with leftist anarchists only destruction follows, and that they have no respect for the property of their fellow citizens."

Police said there were no injuries and that no arrests were made. Henkel, however, said authorities were working to locate the perpetrators.

"We will not let left-wing mobs rule the streets," he said.

According to the German newspaper "Tagesspiegel," authorities were still not sure if there was a connection between the back-to-back incidents and a left-wing "freedom demonstration" that took place in the Friedrichshain neighborhood of Berlin on Saturday, in which some 4,000 radical leftists gathered to protest against the police.

Former members of the leftist militant Red Army Faction have been linked to a botched robbery of an armored van. The RAF disbanded in 1998 after a campaign of terror across Germany that went on for several decades. (19.01.2016)