Residents in one Berlin neighborhood were bemused when their shoes began vanishing. The prolific shoe thief turned out to be a fashion-conscious fox with a passion for footwear. 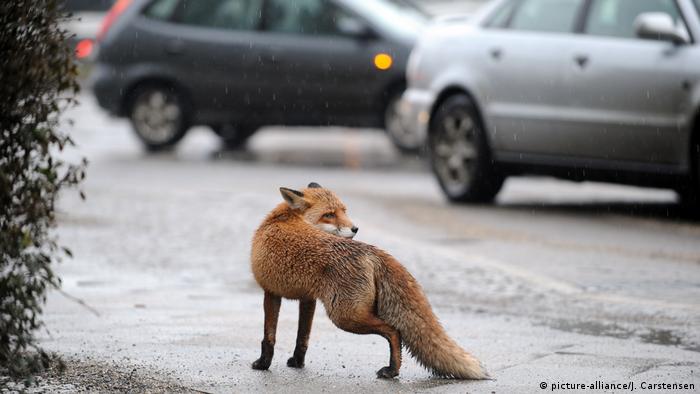 A fox has stolen around 100 shoes from people's homes in Berlin's southwestern Zehlendorf neighborhood, according to local media reports.

All types of footwear had started disappearing from outside homes in the district, including slippers and sandals as well as sneakers, before the unlikely thief was unmasked by local resident Christian Meyer.

After posting, it became apparent that his were not the only shoes to have vanished in the area.

Meyer later spotted the fox on a patch of wasteland in the district and managed to snap a picture of the creature "caught red-handed with a pair of blue flip flops in his mouth."

Sadly, Meyer has yet to find his lost running shoes, but three other pairs have been successfully reclaimed by their owners.

Imagine finding a penguin on your verandah or a fox in your backyard! Cities are home to an astonishing diversity of animal species. On World Wildlife Day, we invite you to explore the urban animal kingdom.