Two men have been sentenced to life imprisonment for a second time after killing a pensioner in an illegal car race. The first murder verdicts had been overturned last year by Germany's top court. 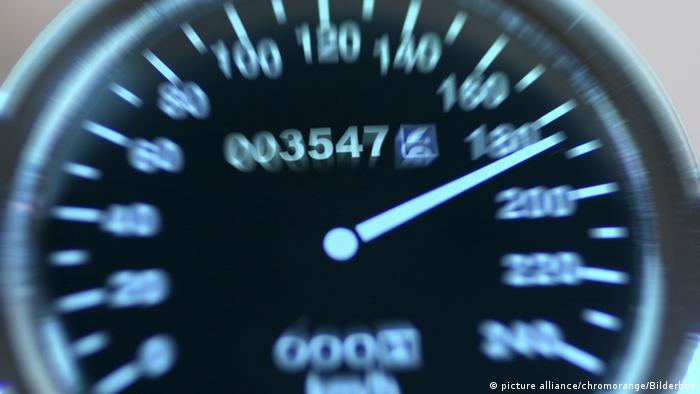 A regional court in Berlin on Tuesday handed down life-terms at the retrial of two men involved in a deadly race in 2016.

The first murder verdicts in a German illegal car-racing trial were overturned last year by the Federal Court of Justice (BGH), which ruled there had been insufficient evidence of an intention to kill.

The presiding judge found there was sufficient evidence to suggest the suspects had shown "willful intent," saying:

Marvin N. was found to have initially refused to participate in the illegal race. He had stopped at two red lights and had shown remorse. The judge said Marvin N. was "less guilty" than his co-defendant, Hamdi H., but that German law required him to sentence both culprits to life in prison.

In 2016, the two men aged 24 and 27 staged a spontaneous race along Berlin's famous Kurfürstendamm boulevard that saw them reach speeds of up to 170 kilometers per hour (106.5 mph). Hamdi H.'s car slammed into the vehicle driven by the victim — a widower, retired doctor and father-of-two — killing him and hurling his car 72 meters along the street. Bits of wreckage were strewn everywhere. The judge said a forensic expert who had testified at the trial had described the scene of the accident as "a field of rubble" that resembled a "battlefield." The two defendants and a passenger in Marvin N.'s car were only slightly injured in the accident.

Far-reaching consequences: The German Criminal Code will now see the addition of paragraph 315d, which states that "death caused by illegal car races" will be punished by up to ten years in jail. The new sentence could not be applied retrospectively to the landmark case.

Is a driver who races illegally and kills another through negligent action a murderer? A current trial in Berlin is facing this very question. A former Cologne mayor has personal reasons for closely following the trial. (23.02.2017)

Illegal car racing has preoccupied the local media in Berlin, following two serious accidents in a month. Authorities are under pressure to come up with a plan, but they say preventing such races is nearly impossible. (02.03.2016)