An exhibition on art from Iran has been canceled after Iran's President reportedly refused to issue papers for the artworks to be exported to Berlin. The cancelation comes after serious accusations of Holocaust denial. 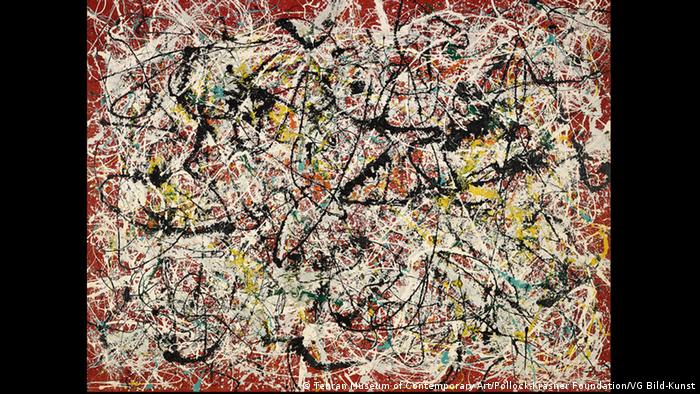 It was supposed to be a major highlight for the cultural year ahead, and an important signal in improving ties between Iran and the West. But the planned exhibit "The Tehran Collection - Tehran Museum of Contemporary Art in Berlin" has now had to be called off entirely. The president of the Prussian Cultural Heritage Foundation (Stiftung Preussischer Kulturbesitz) Hermann Parzinger announced earlier that the much-anticipated art show would no longer be taking place.

After repeatedly suffering teething problems, the foundation "regrettably had to decide to take this step," Parzinger said, adding that he had no choice but to cancel the intercultural cooperation agreement signed with the Tehran Museum of Contemporary Art (TMoCA) after Iran had failed to produce required export permits for artworks intended to be shown in Berlin. 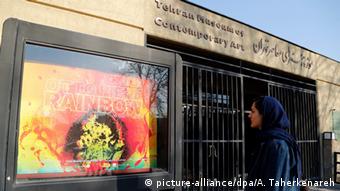 The bureaucratic issue as well as other stumbling stones resulted in the art exhibition being delayed once before, with an intended opening date of December 4, 2016, being indefinitely postponed earlier in the year.

"We can't stand for any further delays," he stressed, underlining that his foundation was part of the government-run Berlin State Museums group (Staatliche Museen zu Berlin), which could not afford to have further changes applied to its planning for the year ahead.

Parzinger said that his foundation would remain "in dialogue" with Iran, adding that the Prussian Cultural Heritage Foundation was always keen to nurture culture exchange.

A Holocaust on art

The exhibit was regarded as another key step in the overall notion of rapprochement between Iran and the West. Following the 2015 nuclear deal framework with Iran, of which Germany was also a signatory, the Prussian Cultural Heritage Foundation initiated the exchange, hoping to help open Iran further to the rest of the world by inviting the TMoCA to hold a show at the prestigious Berlin Portrait Gallery (Berliner Gemäldegalerie). 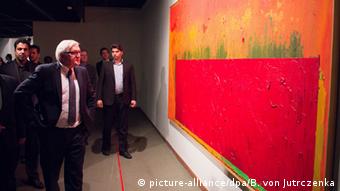 In addition to highlighting Iranian artists such as Mohsen Vaziri Moghaddam and Faramarz Pilaram, the artworks-on-loan from the TMoCA were supposed to include important pieces of modern art from the West, including masterworks by Claude Monet, Pablo Picasso and Jackson Pollock.

These artworks had reportedly been purchased by Iran's then-reigning Pahlavi dynasty during the late 1970s but had since been largely stored away in vaults since the Islamic revolution of 1979.

But from the onset, the idea of the exhibition in Berlin suffered several setbacks, most notably arising from controversy surrounding the TMoCA's director, Majid Mollanoroozi, whose institution had hosted several exhibits on so-called Holocaust caricatures in the past, which present the mass genocide of Jews during World War II as fiction. Several German politicians have had to distance themselves from the initiative following those revelations.

The cancelation of the art show is considered a setback for outgoing German Foreign Minister Frank-Walker Steinmeier's legacy.

Germany's Sigmar Gabriel has said that Berlin wants to help Iran regain its economic footing. But he warned that patience was needed in view of the country's long political isolation. (03.10.2016)