Will the art collection of the shah of Iran come to Berlin?

An exhibition planned for the beginning of December in Berlin is to show works that belonged to the family of the shah of Iran. But it's been pushed back to later in the month - and it might not happen at all. 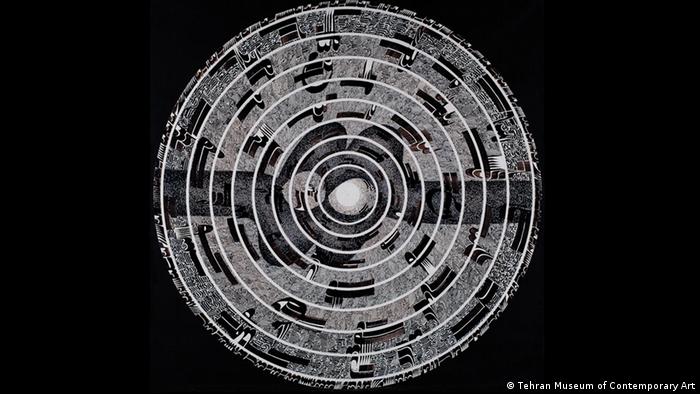 A look at the website of the Gemäldegalerie in Berlin offers a preview of its upcoming exhibition, "The Tehran Collection. The Tehran Museum for Contemporary Art in Berlin," 60 works that were part of the art collected by Farah Pahlavi, the wife of Mohammad Reza Pahlavi, shah of Iran from 1941 to 1979.

Including works by artists such as Duane Hanson, with his installation of two life-sized casts of boxers fighting, or Jackson Pollock's abstract painting "Mural on Indian Red Ground," as well as paintings by Jalil Ziapour, Mark Rothko and Andy Warhol, the exhibition is sure to draw art lovers - if it opens. 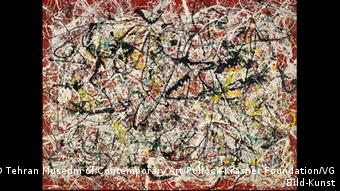 The Prussian Cultural Heritage Foundation, which manages the Berlin museum, claimed to be all set to launch the exhibition as planned in December. Yet as the end of November approaches, it remains unclear if the collection will be coming to Berlin at all.

Iranian authorities have sentenced filmmaker Keywan Karimi to one year in prison and 223 lashes after finding him guilty of "insulting sanctities." The charges stem from his documentary on political graffiti in Iran. (24.11.2016)

Iran's mullahs suppress many artistic endeavours. Still, a lively underground art scene has now developed in Tehran. It's growing increasingly confident and attracting collectors from around the world. (12.09.2016)

Hidden away for decades, a Tehran collection of Western paintings is to go on show in Berlin. The politically charged exhibition, which nearly flopped due to Holocaust denying caricatures, is a premiere. (07.09.2016)

The reasons for the delay can only be speculated upon. Apparently, the project has been surrounded with controversy in Iran.

"The conservatives see the collection as part of Iran's cultural heritage, claiming it shouldn't be allowed to travel at all," Andreas Görgen, head of the culture department at the German Foreign Office, told the newspaper "Süddeutsche Zeitung." "Others have also warned that the untrustworthy Westerners could keep the paintings - the collection is being politicized."

News of the exhibition dates back to last year, when German Foreign Minister Frank-Walter Steinmeier came back from Tehran with the sensational announcement after the conclusion of the nuclear agreement with Iran. Such cultural exchanges are seen as a way to build diplomatic ties, and the exhibition was to mark a new beginning in German-Iranian relations. Its failure would symbolize a bitter setback.

Among the people to be the most disappointed if the exhibition were to be cancelled would most certainly be Joachim Jäger, the curator of the Berlin Gemäldegalerie. After months of preparation, he had selected the 60 works to be exhibited, including not only major Western artists but also Iranian ones such as Faramarz Pilaram, Mohsen Vaziri Moghaddam and Behjat Sadr. "Our idea is to portray the collection of the Tehran Museum," said Jäger.

Museum directors from all over the world have been trying for years to get the Tehran collection to their country on loan, without success. This is a further indication of the exceptional nature of the Berlin project.

After the fall of the shah and the Islamic Revolution in 1979, the mullahs banished the works acquired by the empress of Persia, Farah Pahlavi, sending them to storage. Only a few paintings were shown in the West before the complete collection was made public in Tehran in 2005. 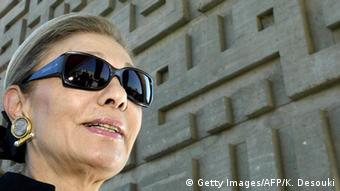 Farah Pahlavi, the shah's widow, developed the collection over the years

The museum was so popular that "the catalog needed to be reprinted several times," recalls David Galloway, who served as chief curator for the Tehran Museum of Contemporary Art from 1977 to 1978 and as Pahlavi's art collection counselor.

The exhibition could also draw huge crowds in Berlin, believes the American curator who now lives in Germany. However, Galloway doesn't see how the collection could build a true bridge between Iranian and German culture, as hoped by Steinmeier. "The collection cannot represent contemporary Iranian art history, as it was interrupted in 1978. How can it be seen as a bridge?," he asked.

Galloway still sees the exhibition as a starting point. "But we still need a large, extensive, exciting exhibition of contemporary Persian art," he added. The program currently developed by the Goethe Institute to accompany the exhibition, called "The Iranian Modern," could help fill this gap. Organized by Nikolai Blaumer and Florian Bigge, it features literary, musical and cinematic works by 42 Iranians, among them 15 who are exiled artists. "The long isolation of their country has damaged Iranian society quite a bit," said Bigge. "Now many artists are eager to come into dialogue with the world."

Hopes for change are strong in the country, and negative developments such as the arrest of filmmaker Keywan Karimi can't break them. "Artists keep on working," said Bigge, "and live in uncertainty."