Bemusement in Salisbury as Russian ex-spy drama unfolds | Europe| News and current affairs from around the continent | DW | 13.03.2018

As the UK and Russia trade Cold War-era barbs over the poison attack on ex-spy Sergei Skripal, how are locals at the scene of the crime coping with the public exposure? Samira Shackle reports from Salisbury. 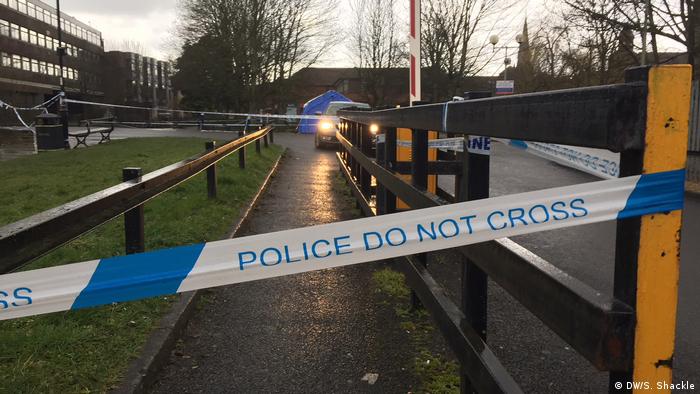 Salisbury, a quiet city in the southwestern English county of Wiltshire was, until recently, best known for its medieval cathedral. That changed last week, with the poisoning of former Russian spy Sergei Skripal and his daughter Yulia. It is thought that they were poisoned with a military-grade nerve agent as they sat on a bench in the middle of the town.

The international political drama has stepped up this week, with US Secretary of State Rex Tillerson saying the attack "clearly came from Russia" and UK Prime Minister Theresa May giving Moscow until midnight on Tuesday to respond after saying it was "highly likely" that Russia was behind the attack.

The shopping center where the poisoning took place is a web of police cordons, with officers standing guard to ensure they are not breached. The park where the two were found slumped over has been closed completely, and the bench they were sitting on covered with a protective tent. The police detective who first came to the pair's aid is in serious condition in the hospital.

For shoppers in Salisbury's busy town center, the heavy police presence is unsettling. "I just want to know when things are going to go back to normal," said Sally White, a 37-year-old mother of three. "It's awkward getting around town and I feel worried about letting the kids run off in case they go under one of these police lines. Let's be honest here, no one really knows what we are dealing with or how dangerous this substance is to anyone in the wider environment." 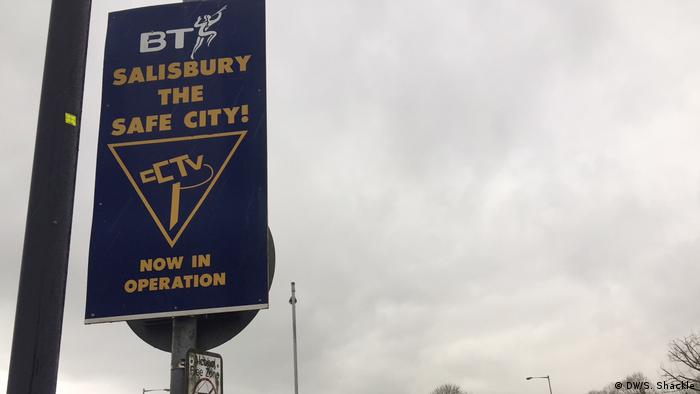 You could have fooled the town's residents

The two venues at the center of the incident are Zizzis, a popular chain pizza restaurant where the Skripals had eaten lunch, and The Mill, a riverside pub. Both venues are currently closed and cordoned off, with Zizzi's covered up by green panels that obstruct pedestrians.

On Sunday, almost a week after the poisoning, England's chief medical officer advised that anyone who had been in either establishment on Sunday should wash their clothes. Although the risk is said to be "low," there are some concerns about the health effects of long-term exposure. 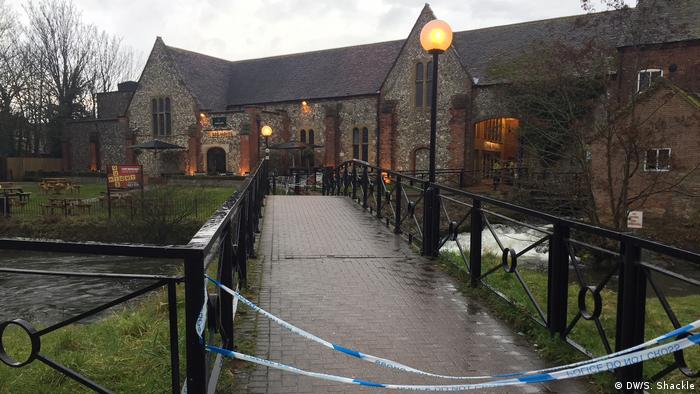 The Mill pub remains closed for the time being

It is thought that up to 500 people could have passed through Zizzis and The Mill in the time period in question. The advice has left some feeling bemused. Martin Lewis, 53, was in the pub for an hour on Sunday. "I stopped off for a drink there as I often do. I have absolutely no idea what I was wearing last Sunday — and frankly, I'd have thought the damage is done by now. Are we at risk or not? The advice doesn't seem clear, when on the one hand we're being told not to worry and on the other that we might have been contaminated."

Life goes on in Salisbury

Although much of the city is operating as normal, some businesses in the immediate vicinity of the shopping center are concerned that customers will be deterred. "It's hardly an appealing sight to see 20 coppers in high-visibility jackets standing around near the entrance of a shop or cafe," said Sarah Glenn, who works in a nearby shop. "If it goes on much longer I suspect we'll see a real drop off. The worst would be if it continues into tourist season and puts people off coming to Salisbury altogether."

The city center remains bustling, despite the signs reading "police do not cross," officers ensuring that these lines are not breached, and television camera crews. Yet the surreal nature of the situation is not lost on Salisbury's residents. 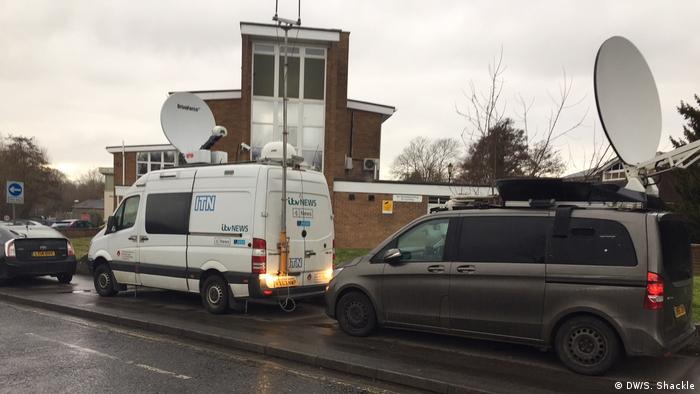 "It's so weird turning the TV on and seeing Salisbury on there everyday — even on American news channels like CNN," said Lucy Miller, a 16-year-old student. "We have been making a bit of a joke of it at school as the situation is just so bizarre, like something from a spy movie, but it's definitely scary when you think about it."

British counterterrorism police are probing the death of Nikolai Glushkov in southwest London. Authorities say the case has no apparent links to the recent near-fatal poisoning of a former Russian spy in Salisbury. (13.03.2018)

Outrage in Britain as Russian ex-spy fights for his life

It's the stuff of spy novels, but the alleged poisoning of former spy Sergei Skripal in Salisbury is far from fiction and has drawn comparisons with the assassination of Alexander Litvinenko. Samira Shackle reports. (06.03.2018)