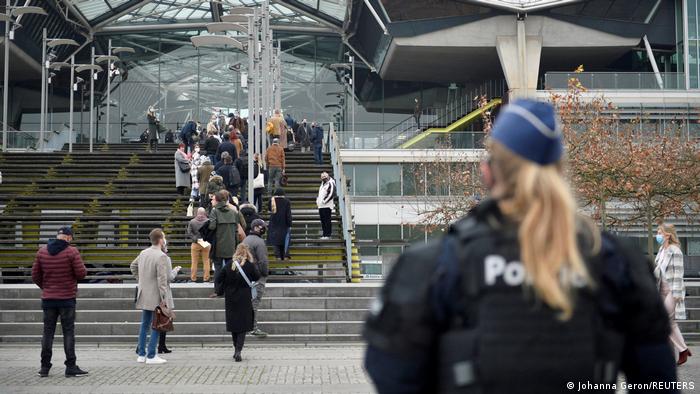 An Iranian diplomat refused to turn up for trial in Belgium on Friday, where he is accused of plotting to bomb an Iranian opposition rally outside Paris.

Assadollah Assadi, 48, faces life in prison if convicted by the Antwerp court.

Assadi is claiming "diplomatic immunity" his lawyer Dimitri de Beco told reporters outside the court, adding that he would be representing his client.

This case is the first time that a European Union country has put an Iranian official on trial for terrorism.

In June 2018, Belgian authorities arrested a Belgian-Iranian couple driving from Antwerp with about 500 grams (1.1 pounds) of TATP explosives and a detonator.

They were allegedly headed to a rally organized by the National Council of Resistance in Iran (NCRI) outside Paris, which was also being attended by former US and British officials. US President Donald Trump's lawyer Rudy Giuliani gave the keynote address.

Prosecutors allege that Assadi, the third counsellor at Iran's embassy in Vienna at the time, organized the plot with the backing of the Iranian state.

Assadi, the arrested couple and another alleged co-conspirator are to face trial together.

"The attack plan was conceived in the name of Iran and under its leadership. It was not a personal initiative by Assadi," Jaak Raes, head of the Belgium's state security service (VSSE), told prosecutors in February.

"We are looking at a clear case of state terrorism," said lawyer Georges-Henri Beauthier, who represents the NCRI.

TATP is commonly used in improvised explosives devices and is well-favored by terrorist groups such as the "Islamic State." It was used in attacks such as the 2017 Manchester Arena bombing, the 2016 Brussels attacks and the 2015 Paris terrorist spree. Assadi allegedly brought the explosives from Tehran to Vienna on a commercial flight.

Tehran has repeatedly dismissed the allegations as a "false flag" stunt by the NCRI.

France accused Iran's intelligence ministry of organizing the plot and expelled an Iranian diplomat. The EU also froze the assets of an Iranian intelligence unit and officials.

Iran has been accused of several attacks against dissidents in Europe, including two killings in the Netherlands in 2015 and 2017 and a foiled assassination in Denmark.

Assadi was arrested as he traveled through Germany — where he has no diplomatic immunity — as part of a joint operation between French, German and Belgian security services.