A Belgian couple has been charged with an attempted bombing attack at a rally of the People's Mujahedin of Iran, outside Paris. An Iranian diplomat in Austria has also been implicated and stripped of diplomatic immunity. 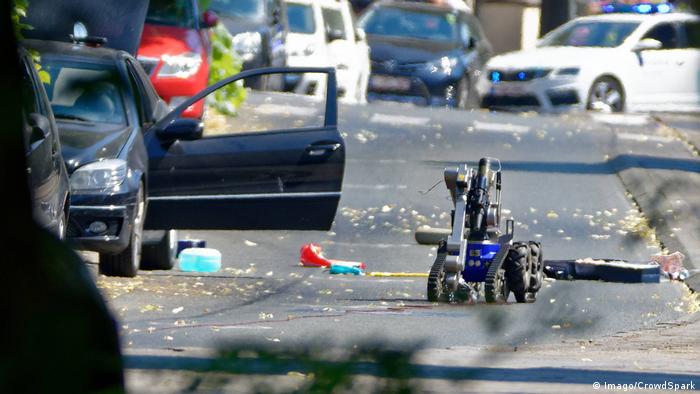 Authorities in Belgium, France and Germany have detained six people in connection with an alleged bomb plot against a gathering of exiled Iranian opposition groups in the outskirts Paris on June 30.

On Tuesday, investigators said they were focusing on a married couple living in Belgium and the Iranian diplomat in Austria. The pair, a 38-year-old man and the 33-year-old woman, both Belgian nationals of Iranian heritage, is suspected of "having attempted to carry out a bomb attack" to target the militant group called People's Mujahedeen of Iran, also known as MEK.

The controversial group was founded in the 1960s with the goal of overthrowing the Shah of Iran and has continued to organize in opposition to the current Iranian regime, since the Islamic revolution in 1979.

Some 25,000 supporters of the People's Mujahedeen and other anti-mullah groups attended the Saturday rally near Paris, Belgian authorities said. Ex-New York Mayor Rudy Giuliani, currently serving as a lawyer for US President Donald Trump, was among the speakers.

Belgian police intercepted the couple ahead of the event and found about half a kilogram (one pound) of homemade explosives in their car, alongside a detonator. The explosive was detonated in a controlled blast.

"We can say we arrested them just in time," Belgian federal magistrate Van der Sijpt told the AP news agency on Monday.

Meanwhile, the Iranian diplomat, 46-year-old Assadollah A., is suspected of having been in contact with the two Belgians and was arrested in Germany on Monday.

Austria's foreign ministry said that he had been stripped of his diplomatic immunity. "The Iranian diplomat will be denied diplomatic status within 48 hours because of the existence of a European arrest warrant," an Austrian Foreign Ministry statement explained.

Matthias Huber, spokesman for the senior prosecutor of the German city of Bamberg, confirmed to DW that his office had "received an oder of extradition from Belgium," regarding the diplomat's case.

The National Council of Resistance of Iran, the umbrella anti-regime organization which is closely linked with the People's Mujahedeen, accused Tehran of being behind the attempted bombing. "The terrorists from the Mullahs' regime in Belgium assisted by its terrorist-diplomats planned this attack," they said according to a statement quoted by the AFP news agency.

The summit was held ahead of a scheduled visit of Iran's president, Hassan Rouhani, to Switzerland on Monday. Rouhani is also due to visit Austria later this week.

"How convenient: Just as we embark on a presidential visit to Europe, an alleged Iranian operation and its 'plotters' arrested," Zarif tweeted, adding that Iran was ready to cooperate in investigating the incident.