Sophie Wilmes has been appointed interim prime minister. Belgium has been without a full federal government since December 2018. 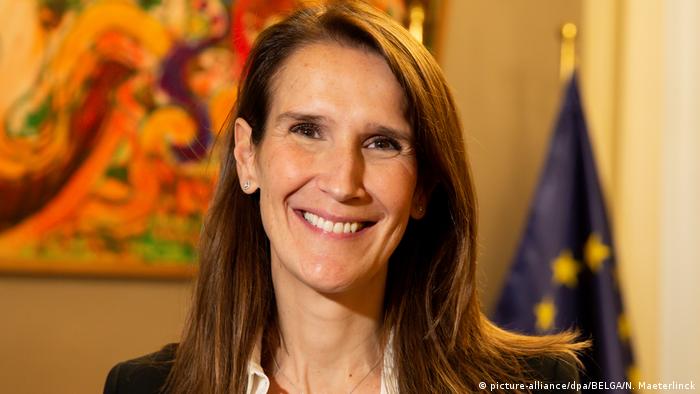 The liberal francophone politician replaces caretaker Prime Minister Charles Michel, who will take over as European Council president in December.

Wilmes, 44, takes up the role without a parliamentary majority. She and Michel belong to the French-speaking liberal-centrist MR party.

Belgium has not had a full federal government since a coalition led by Michel collapsed in December 2018.

A new coalition government has not emerged since elections in May.

Talks between the French-speaking socialist PS party and the Flemish nationalist N-VA party have stalled. They need to reach an agreement in order to bring in other parties to form a government.

Whether it's baking bread – or forming a government – everything in Belgium takes time. European Union correspondent and passionate baker Georg Matthes explains why in the latest edition of "Baking Bread." (05.07.2019)

Naya, born in Germany, was the first wolf to be seen in Belgium in a century. Environmental groups have blamed hunters for her disappearance, and are offering a €30,000 award for information about her presumed death. (05.10.2019)