The Francophone liberal had previously said he would head a minority government after his largest coalition partners abandoned him 10 days ago. The fight began over Michel's decision to sign a UN migration pact. 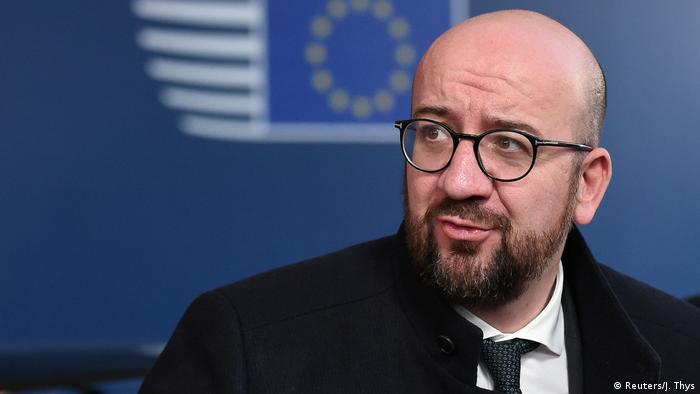 Embattled Belgian Prime Minister Charles Michel announced on Tuesday evening that he would step down as leader of his country's government. The move came after he lost a vote of confidence in Belgium's parliament. The vote was brought forward by the French-speaking Socialist Party and the Green Party.

Michel immediately notified King Philippe of his decision to step down. The Belgian Royal Palace, on Tuesday, released a tweet declaring that, "The king holds his decision in abeyance." Belgium is a parliamentary democracy under a constitutional monarchy.

The king is expected to meet with the leaders of Belgium's political parties tomorrow.

Michel came under fire 10 days ago when his Flemish nationalist coalition partner N-VA, angered by his decision to sign a UN immigration pact, withdrew support from the government. The N-VA is the largest party in parliament. The move left Michel's liberal Reformist Movement (MR) along with his Flemish liberal Open VLD and Christian Democrats (CD&V) coalition partners with only 52 of 150 seats in parliament.

Michel had previously vowed to carry on regardless, but was ultimately forced to step down after losing the no confidence vote.

Michel, who assumed the office of prime minister in October 2014, refused to schedule early elections as Belgians are already scheduled to head to the polls in May 2019.