Naya, born in Germany, was the first wolf to be seen in Belgium in a century. Environmental groups have blamed hunters for her disappearance, and are offering a €30,000 award for information about her presumed death. 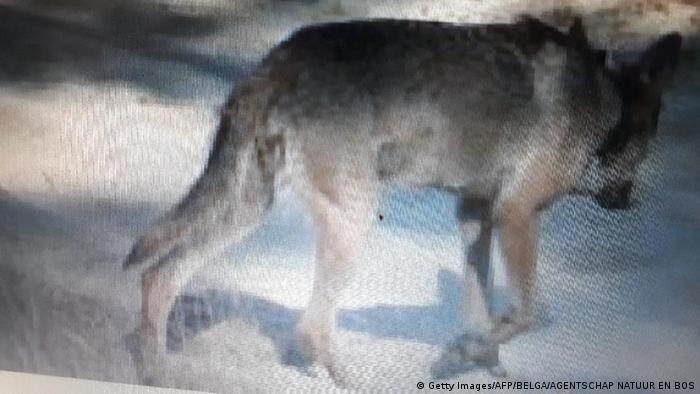 Several environmental groups have offered a €30,000 ($33,000) reward for information over the presumed death of a wolf in Belgium.

The wolf, named Naya, was born in Germany but became the first to be spotted in Belgium in 100 years. She was first sighted in the Belgian province of Limbourg in January 2018 and was subsequently fitted with a tagged collar to track her movements.

She gained a male companion in August 2018.

However, neither Naya nor the cubs she was carrying have been seen since May 2019, when they were detected by a night-vision camera operated by the regional nature agency ANB. The batteries in her electronic collar have since stopped working.

Return of the wolves to Germany

According to Belgian media, environmental groups have blamed hunters for Naya's disappearance.

"Everything shows that the public no longer accepts that some people give themselves the right to decide which animals are allowed to live," the groups wrote in a statement.

In an interview with local media, a Flemish hunters' association said the accusations were "scandalous." It said it may file a lawsuit for defamation against two Belgian conservation groups.

Three other wolves have been sighted since Naya's arrival, wandering in and out of Belgium's wooded areas on the Dutch and German borders, according to ANB.

India: Muslim comedian detained over anti-Hindu jokes he might crack 5h ago