Interim Belgian Prime Minister Charles Michel has been chosen to replace Donald Tusk as European Council president in December. A Francophone liberal, he is part of the French ruling REM party's parliamentary grouping. 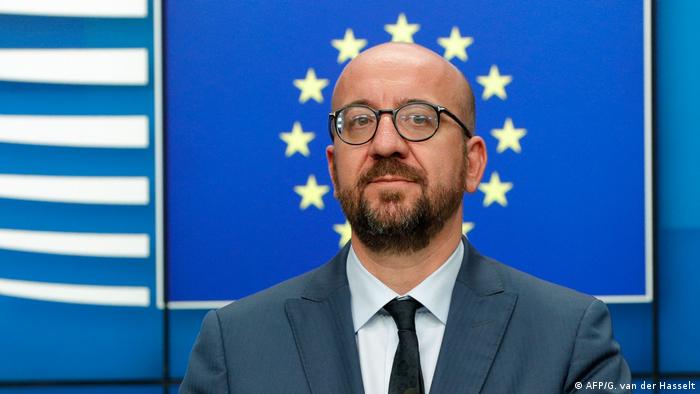 The son of a former European Commissioner, lawyer Charles Michel became Belgium's youngest prime minister since 1845 when he was elected at the age of 38 in 2014.

Michel leads the Francophone-liberal Mouvement Reformateur (MR), which represented only 25% of the French-speaking population when he entered a coalition five years ago with, among others, the right-wing nationalist Flemish NVA party.

As a liberal, Michel is part of the group in the European Parliament to which France's ruling REM group of President Emmanuel Macron belongs.

Michel was one of the first EU politicians to suggest the bloc was heading towards a "two-tier" union because of migration, as some member states reluctant to take in migrants could lose some of their EU rights.

He fell out with the NVA over his refugee policy in December and new elections were called in May. They were inconclusive, and Michel remained in post as interim premier while a new government coalition tried to organize itself.

Michel, known for his bald head, beard and glasses, qualified as a lawyer in Brussels and is fluent in Dutch, English and French.

Ursula Von der Leyen would be the European Commission's first female president. The European Parliament needs to confirm the nominations for the four top jobs in the EU. (02.07.2019)

Who is Ursula von der Leyen, the surprise compromise as European Commission president?

German Defense Minister Ursula von der Leyen has been named as a candidate for the post of European Commission president. Would she be suitable for the job? DW profiles the doctor and mother of seven, born in Brussels. (02.07.2019)