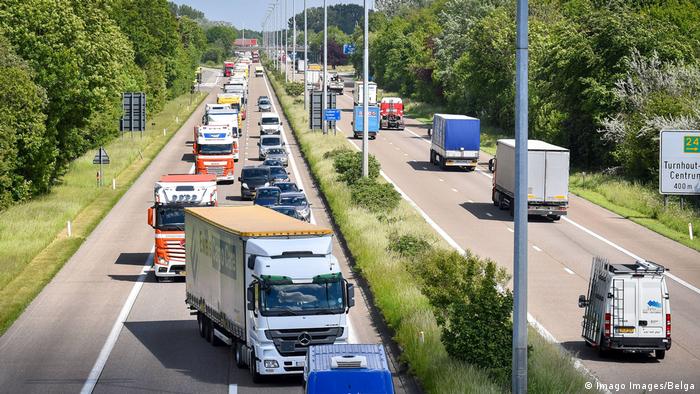 Twelve migrants were found in a refrigerated truck in a highway parking area in northern Belgium, federal police said Wednesday.

The driver, who was transporting fruits and vegetables, called police after he suspected the migrants had crawled into his truck near Turnhout.

Police found 11 Syrian men and one Sudanese man who were unharmed.

Police said the group was handed over to immigration authorities.

The find came after 39 trafficked migrants were found dead in a truck in Britain after crossing from the Belgian port of Zeebrugge.

Belgium is cooperating with British authorities into the investigation of a human trafficking ring.

The bodies of 13 women were recovered as authorities continue to search for the boat's remaining missing passengers. The vessel capsized in rough conditions on the Mediterranean Sea. (07.10.2019)

Eight people, including four children, were taken to the hospital after showing symptoms of hypothermia. The truck had been headed to the UK where authorities found 39 people dead in the back of a truck last week. (28.10.2019)