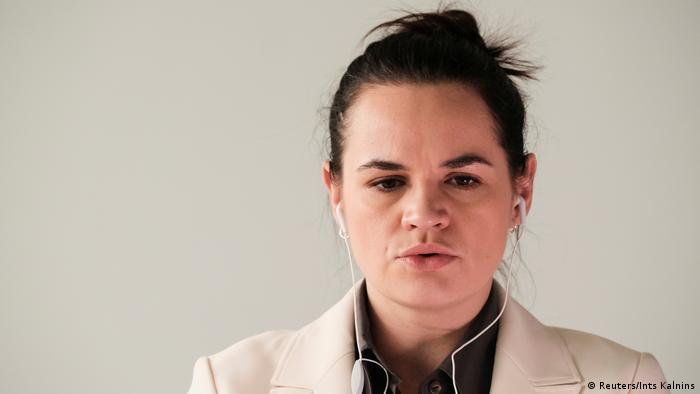 Belarusians have turned out in en masse for almost four weeks, in unprecedented protests against the official election results that gave Lukashenko a sixth term with 80% of the vote. Demonstrators say the election was rigged and are calling on their leader to step down.

Tsikhanouskaya addressed a virtual informal session of the UN Security Council from the Lithuanian capital Vilnius, where she fled after Lukashenko launched his crackdown.

"We, the Belarusian people, need the help of the United Nations, in order to stop blatant human rights violations and cynical disregard for human dignity," the opposition leader said.

"We ask the United Nations to condemn the use of excessive force by the Belarusian security services against protesters," she added.

Tsikhanouskaya has asked that an international monitoring mission be sent to Belarus and suggested that the UN Human Rights Commission holds a special session on the human rights situation in her country.

She has also called on the international community to impose sanctions on those responsible for electoral violations "and crimes against humanity."

Opposition from Russia and China

Representatives of Russia and China told the UN session that they opposed outside intervention in the internal affairs of Belarus. Both countries hold veto powers at the UN.

"Attempts to internationalize the situation in Belarus can only aggravate things," said Dmitry Polyanskiy, the deputy UN envoy of Russia.

Lukashenko, who has been in power for 26 years, has accused foreign powers of being behind the

protest movement, though he has not provided any evidence for the claim. The opposition has

denied any foreign involvement in the protests, while NATO has also denied Lukashenko's allegation that the defense bloc is massing forces near the Belarusian border.

For his part, Lukashenko has sought Russia's support and President Vladimir Putin has reciprocated, saying he is ready to send police to Belarus at Lukashenko's request if the demonstrations turn violent.

On Friday, the Belarusian defense minister accused the West of waging a ''hybrid war against the Belarusian state,'' applying unprecedented diplomatic, political and economic pressure.

Belarus has one of the lowest poverty rates in Europe, but economic growth is anemic due to archaic state-run industries and the ending of Russian energy subsidies. Its biggest political crisis is even more of a threat.

Belarus praises Russia for its support amid protests

The foreign minister of Belarus has thanked Russia for standing by his country as it faces widespread criticism over disputed elections. Russia, in its turn, blamed Ukraine for fomenting unrest in the neighboring nation.