Beijing 2022 Olympics: 'If genocide isn't our red line for a full boycott, then I really don't know what is'

Allegations of human rights abuses by China against the Uyghur Muslim minority have galvanized a global movement, which is now pushing for a full boycott of the 2022 Beijing Winter Olympics. 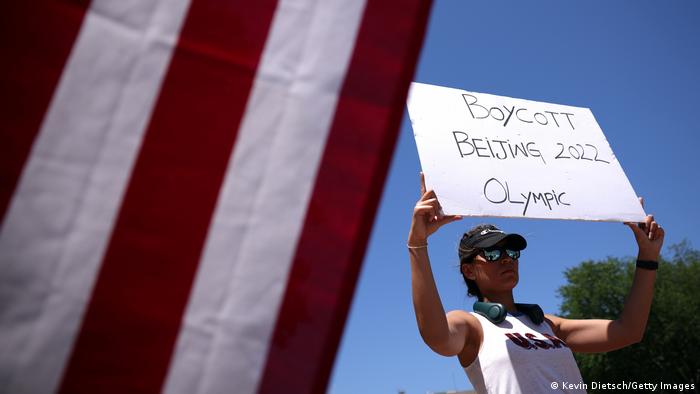 The message is clear: Boycott Beijing 2022

From Lausanne to London, Brisbane to Buenos Aires, this week saw a day of protests against Beijing's hosting of the 2022 Winter Olympics, in what was called a Global Day of Action, using the hashtag #NoBeijing2022.

The protests popped up in more than 50 cities around the world. Representatives from Tibet, the Uyghur minority, Hong Kong, China, Taiwan and Southern Mongolia and allies sought to apply pressure on the International Olympic Committee (IOC) at a time when momentum is growing for a full boycott the 2022 Beijing Winter Games, due to start in February.

Earlier this month, Amnesty International described the Xinjiang region of China as a "dystopian hellscape" for hundreds of thousands of Muslims — predominantly Muslim ethnic minorities — some of whom are subjected to mass imprisonment, torture, surveillance and exploitation.

"The Chinese authorities have created a dystopian hellscape on a staggering scale in the Xinjiang Uyghur Autonomous Region," said Agnes Callamard, secretary general of Amnesty International. 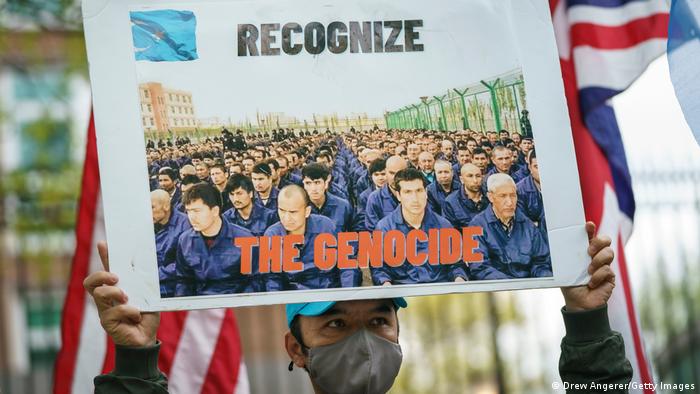 'Reeducation' camps, imprisonment and torture are the reality facing Uyghurs and other minority groups in China

"It should shock the conscience of humanity that massive numbers of people have been subjected to brainwashing, torture and other degrading treatment in internment camps, while millions more live in fear amid a vast surveillance apparatus."

The message of the Global Day of Action — held on June 23 to coincide with International Olympic Day — was clear: China must not be allowed to sports wash the "genocide" of the Uyghur people and the escalating repression of others.

"Sports washing" refers to the widely held view that some regimes seek to use the hosting of major international sporting events to improve their reputations.

"If genocide isn't our red line for a full boycott, then I really don't know what is," Zumretay Arkin told DW as she prepared to coordinate the Global Day of Action.

Arkin is a human rights advocate at the Munich-based World Uyghur Congress (WUC). A Uyghur herself, Arkin has co-led the campaign to boycott the Games and has met with the IOC twice to gain assurances that they are keeping China to its word about upholding human rights — but the plan wasn't always to boycott.

"When we first met in October last year, we wanted some concrete assurances that China would uphold basic standards on human rights, including the use of forced labor to manufacture merchandise for the Olympics," she said. "We wanted to test them on how seriously they were taking human rights issues."

Arkin and her team wanted a concrete commitment in writing that Beijing was keeping its word on the promises it had made to the IOC about human rights, and that the IOC would ensure the safety of athletes and the media during the Games.

"I asked the IOC how they are planning to conduct due diligence during the Olympics about human rights. What is the strategy? Do you have one? If so, can you share it with us so that there's transparency and we can monitor what you're doing commercially," said Arkin.

"We went into the meeting very optimistic, but left very defeated. The IOC's answers were vague and broad and didn't answer the questions. They agreed to share the assurances with us in writing, but after many follow-ups, they never did." 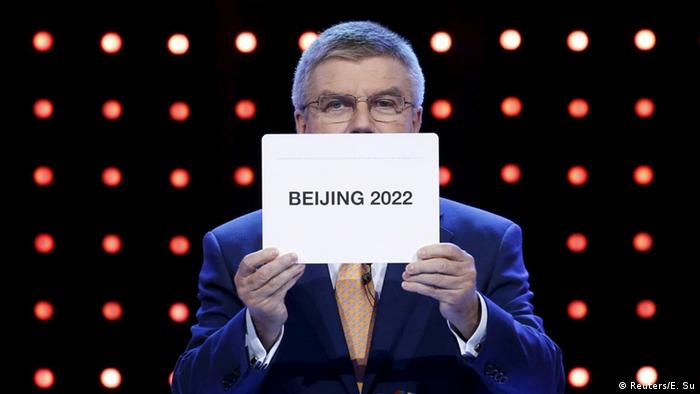 Escalation to a full boycott

It was after this first meeting that the idea of a Beijing 2022 boycott gathered momentum. The WUC had moved from a position of diplomacy to a full strike, as have other campaign groups. It was a decision that wasn't taken lightly, with campaigners aware that boycotts aren't easy to pull off, are deeply unpopular with athletes, and in the case of China, have the potential for serious political ramifications.

"We started with a diplomatic boycott because we were aware of the sensitivities around boycotts and the fact that they penalize the athletes," said Arkin. "That was before our second meeting with the IOC."

The IOC continued to ignore the request for written assurances but did invite them for a second meeting in March. This meeting — attended by Arkin and two other colleagues — opened with the question: "Are you going to report this to the media again?" It was a question that surprised Arkin.

"Right off the bat they tried to give us a lesson in Olympic boycotts and the history of how they've failed. It was very condescending. If we call for a boycott, that's our problem," she said.

Arkin and her team have found support for a diplomatic boycott — whereby heads of states do not attend the Games — in the shape of US Senator Mitt Romney and Nancy Pelosi, the speaker of the US House of Representatives.

"We cannot proceed as if nothing is wrong about the Olympics going to China," Pelosi told Congress' Human Rights Commission last month, even if the US has stopped short of backing a full boycott.

There was a further boost to the chances of a diplomatic boycott earlier this month when the US Senate passed a bipartisan bill aimed at tackling Chinese foreign policy and economic influence.

However, Arkin and her colleagues are angling towards something bigger. She believes that the only way to hold Beijing responsible is by isolating China from the international community — and that includes not sending athletes to Beijing.

"I think we have a good chance of achieving a diplomatic boycott," she said. "The severity of the abuses happening across China have been widely reported but we still would like to see a full boycott. It's a popular idea." 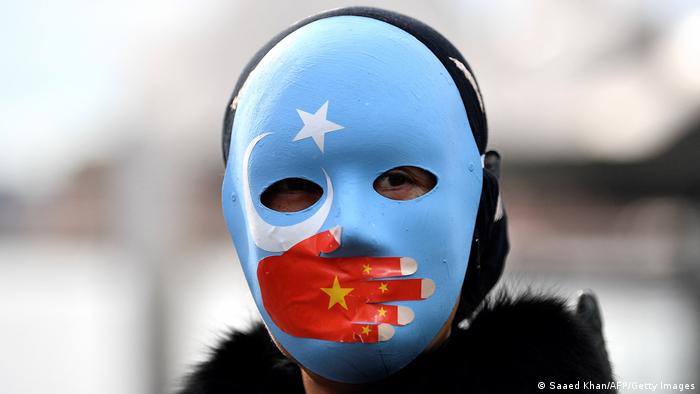 In Sydney, a protester wore a mask depicting the silencing of East Turkestan by China

In a statement to DW, the IOC defended its position claiming that it takes its responsibilities seriously but is unable to affect the laws of individual countries.

"At the same time, the IOC has neither the mandate nor the capability to change the laws or the political system of a sovereign country. This must rightfully remain the legitimate role of governments and respective inter-governmental organisations."

But as the IOC continues to be judged on its actions rather than its words, the momentum behind a full boycott of Beijing 2022 could be at a tipping point.

How China changed after 2008 Beijing Olympics

In 2008, the international community had hoped that the Beijing Olympics would usher in a democratic era in China. Ten years after the games, the Chinese state has become even more repressive and authoritarian.

A spokesperson for the Beijing local organizing committee has dismissed alleged human rights abuses in Xinjiang as "lies." She also used a press conference to promote Beijing's "One China" policy.

Beijing Olympics: What can a diplomatic boycott achieve? 06.12.2021

The United States announced a diplomatic boycott of the 2022 Beijing Winter Olympics, citing human rights abuses. What can this form of protest achieve, and what are its limits?