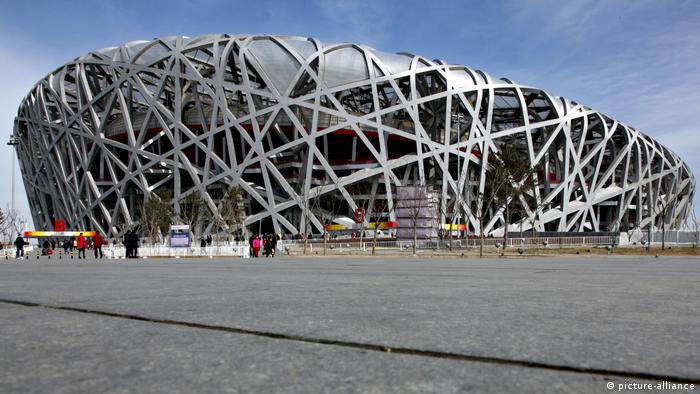 Chinese President Xi Jinping is a big football fan, so he can't be pleased that his country is currently 76th in FIFA's men's rankings, just above Uganda and below the likes of Bolivia, Guinea and Canada.

For several years now, football schools have been popping up all across the People's Republic, and a number of football stars and coaches have followed the call of the big money being splashed out by Chinese Super League teams.

At the same time, many Bundesliga and other football clubs have increasingly been investing in sports in China, a point that is a no-brainer, according to Henning Vöpel, Director of the Hamburg Institute of International Economics (HWWI).

"Of course China, with a market of almost 1.4 billion people and very strong economic growth, with its expanding geopolitical influence is important," Vöpel told DW. "You can't really imagine the future of sports without China."

However, doing business with China can be tricky, as Bundesliga club Cologne recently found out, after a plan to build a football academy in Shenyang fell through.

It's not just in football that China is aspiring to become a leading power in the world of sports. Having hosted the Summer Olympics in 2008, Beijing has been awarded the right to host the 2022 Winter Games.

The fact that China has won the right to host two Olympics within the space of just 14 years should come as no big surprise; it's the world's most populous nation and boasts the second-biggest economy — with aspirations of becoming the world's biggest in the not-too-distant future. 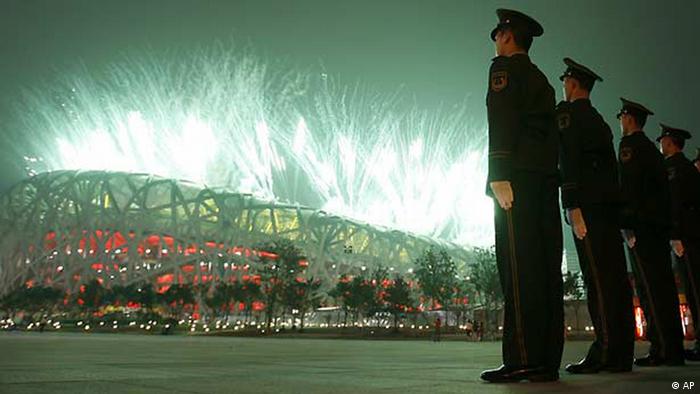 Seen at start of the 2008 Games, Beijing's Olympic Stadium is slated to hold another opening ceremony in 2020

"China, as we have observed in policies, like its new Belt and Road Initiative or its investment in artificial intelligence, is also looking to raise its profile in terms of soft power," Vöpel said. "Here sport offers a wonderful platform."

The fact that the country is run by a one-party system with little opportunity for dissent makes it easy for it to comply with the wishes of any major international sporting organization such as the International Olympic Committee (IOC) or football's world governing body, FIFA.

Don't expect to hear such organizations voicing any criticism of Beijing either, as they see China as a very valuable business partner — just like Russia. According to German news magazine Focus, Russian President Vladimir Putin shelled out some $50 billion (€44.7 billion) for the Sochi Winter Olympics, while Beijing spent around $40 billion on hosting the 2008 Summer Games —figures that are more than a little appealing to the IOC.

"The overall presence of strong governmental control and support is healthy," IOC officials said in justifying their decision to give the Olympics back to China in 2022.

Henning Vöpel also sees another reason behind China's popularity among sports federations, namely the advanced state of digital technology in the People's Republic.

"The Chinese market is very well prepared," he said. "With Alibaba and Tencent, among others, China has the digital market covered. And private actors enjoy relatively good access to it."

This is part of why China has become one of FIFA's and the IOC's preferred partners in recent years. It is worth noting that China has also been granted the right to host the 2021 FIFA Club World Cup, one of FIFA President Gianni Infantino's pet projects. 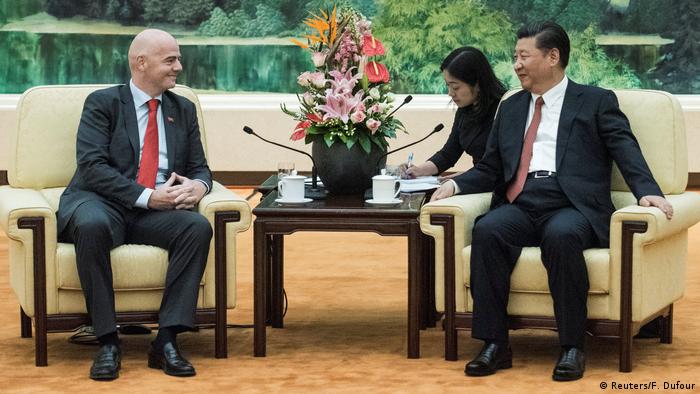 The success of the IOC and FIFA in dealing with China is all the more remarkable when one considers how badly things can go when one of the country's overseas business partners does something that meets with Beijing's disapproval. In October of last year, several Chinese businesses severed ties with the Houston Rockets of the National Basketball Association (NBA) after their general manager, Daryl Morey, posted a tweet expressing support for the protesters in Hong Kong. The NBA quickly swung into damage-control mode in an effort to limit the impact on its considerable business interests in the country.

Arsenal and former Germany midfielder Mesut Özil is another case in point. After Özil used a tweet to criticize the treatment of China's Uighur minority late last year, Beijing immediately turned to draconian measures. Among other things the 2014 World Cup winner was deleted from the Chinese version of the Pro Evolution Soccer 2020 video game. The company behind the Chinese version of PES 2020 explained the move by saying that Özil's comment "had hurt the feelings of Chinese football fans." Beijing's state-run TV station, CCTV, reacted to Özil's statement by canceling the broadcast of a match between Arsenal and fellow Premier League club Manchester City. 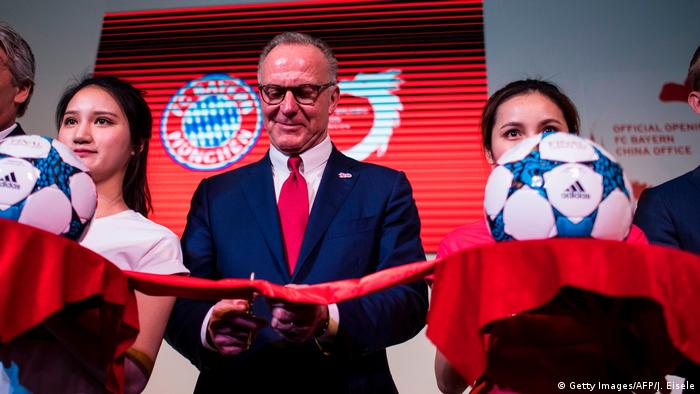 In 2017, Bayern Munich CEO Karl-Heinz Rummenigge turned up personally to open the club's office in Shanghai

"The cooperation is meant topromote exchange between the two countries," the DFB wrote. "This means that the partnership will continue."

Henning Vöpel of the HWWI takes a similar view. Asked how clashes between sport, business and ethics can be reconciled, and whether profit-orientated sports companies should even be burdened by issues of morality in the first place, he replied: "I think there are still red lines. You still have to say that."

But as he continued his answer, he also came quite close to the DFB's position: "We see in other policy areas too, that understanding, cooperation and collaboration are necessary — even beyond political, sometimes even moral or ethical boundaries."