Beethovenfest rings out across the Rhineland

The Mariinsky Theater Orchestra and the BBC Symphony Orchestra performed under the motto "Distant Love." After 55 concerts, the Beethovenfest Bonn comes to an end. Listen to the highlights here.

There was no brash finale. The celebration of Beethoven came to an end with relatively quiet and unfamiliar sounds. Who knows the works "Poem de l'amour et de la mer" (Poem of Love and the Sea), or "La mort de Cléopatre" (The Death of Cleopatra)? Those in attendance on October 1 at the near sold-out World Conference Center (WCCB) at Bonn now do. They were treated to Ernest Chausson's subtly shimmering tones – which are stylistically located between Wagner and Debussy – and the slow death of the Egyptian queen as composer Hector Berlioz realized it. Also unusual was the presence of two vocal soloists rather than one: the American Betsy Horne and the Bulgarian Vesselina Kasarova.

Franz Schubert's "Great C Major" symphony was next. Raw, rhythmically thrilling and dominated by wind instruments, the Bamberg Symphony Orchestra and its principal conductor Jakub Hrůša showed that Schubert is about abysses – abysses of love, solitude and eternal wandering. 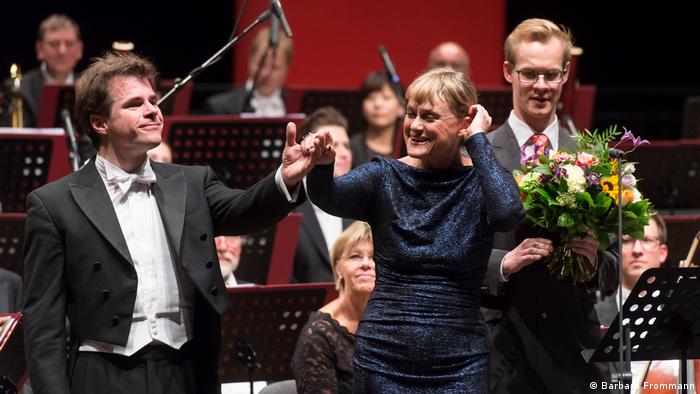 Almost casually, as if the musicians wanted to remind themselves that they were performing at the Beethovenfest, the orchestra also played the second movement from Beethoven's eighth symphony as an encore. This too was a rather subtle moment.

A feast of emotions

Beethovenfest director Nike Wagner initially promised "to create space for silent emotions in a noisy world." After all, the festival motto "distant love" was about longing and unfulfilled passion. Over the ensuing three festival weeks, Wagner's promise was kept.

Read more: What Beethoven has to do with love

Afterwards at the reception, Wagner commented that the "distant lover" theme had been "adequately covered." Especially at the Lieder recitals she saw "tears running down faces." The director also highlighted the String Quartet Weekend as a very intense experience.

Running for three weeks instead of the usual four, the festival this year staged two or three events simultaneously on several weekends, meaning visitors were also sometimes spoiled for choice. Bonn's mayor Ashok-Alexander Sridharan declared the more than 70 percent of available tickets sold a success. 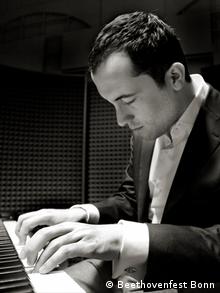 The use of provisional venues at the festival is expected to last another two years. These include the Kreuzkirche, where world-star pianist Igor Levit had to contend with bright acoustics and an echo effect; or the WCCB, which a period instrument orchestra such as Opera fuoco can barely fill with sound. The BBC Symphony Orchestra, Radio Hesse Symphony Orchestra and Mariinsky Theater Orchestra  fared better in this respect.

The festival offered many discoveries and surprise moments, such as the four instruments of the Signum Saxophone Quartet; new music from the Ukraine at the Campus Concert; or the Ballet de l'Opera de Lyon, which offered three different choreographed renditions of Beethoven's "Great Fugue." 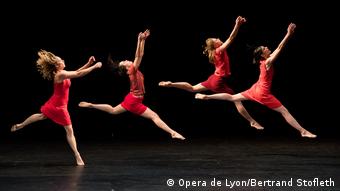 And the focus now shifts to 2020, the 250th year after the birth of Ludwig van Beethoven, which Bonn will mark with special events the entire year. At the opening of the 2017 edition of the Beethovenfest, North Rhine-Westphalian Governor Armin Laschett raised the bar. As a result, expectations in the city of Beethoven's birth are particularly high.

The Beethovenfest opens to a warm Russian sound

A joint project by the Beethovenfest Bonn and Deutsche Welle aims to create close cultural ties between Germany and Ukraine. Judging from the rehearsals, it seems to be quite successful at doing so. (14.09.2017)

Ukraine's newly founded youth orchestra is to perform at Germany's Beethovenfest this week. Its conductor, Oksana Lyniv, tells DW why music and cultural exchange are more important than ever in her country. (12.09.2017)