The Beethovenfest opens to a warm Russian sound

The motto is "Distant Loved One," but the festival got off to a start with a much-loved orchestral sound. 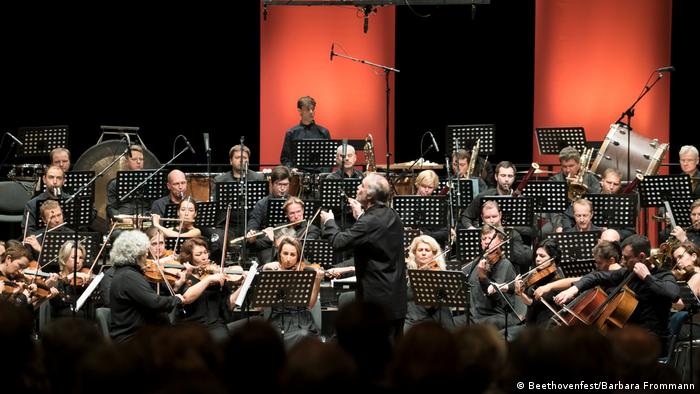 He conducts with trembling, fluttering hand movements, suggesting a great urgency to every second of music making — without necessarily making it sound hectic or loud. In fact, under its principal conductor Valery Gergiev, the Mariinsky Theater Orchestra from St. Petersburg can seem to bring time to a standstill and play a perfect pianissimo.

The kickoff to the 2017 Beethovenfest came with Rimsky-Korsakov, Wagner and, of course, Beethoven. From the silvery violins at the beginning of the overture to Richard Wagner's opera "Lohengrin" to the warm woodwinds and belting brass, it was clear that this evening would be an aural treat.

A temporary solution - but how long?

Seated in the balcony of the World Conference Center Bonn (WCCB), one understands why it is a conference room and not a concert hall: the hum of the air ventilation system can truly compete with a pianissimo onstage. It's audible even on the lower level, where most of the audience is seated. 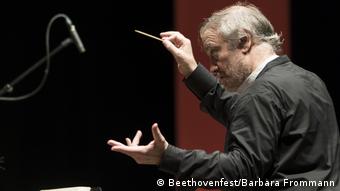 He works worldwide, but cultivates a special sound with "his" orchestra at home in St. Petersburg

In his pre-concert speech, Bonn's Mayor Ashok Sridharan praised the Beethovenfest team for "making a virtue of necessity" and finding programs to suit the remaining 22 venues in Bonn and the region.

North Rhine-Westphalia state Premier Armin Laschet, the patron of this year's Beethovenfest, built up expectations for "Beethoven 2020," when in the year marking the composer's 250th birthday, a festival of European stature is to take place.

Then Beethovenfest director Nike Wagner took up the festival motto "Distant Loved One," saying, "Distance seems to have been nearly eliminated in today's digital world of universal accessibility. But the greatest challenge of the future will be to create proximity."

Close to music - and to politics

The proximity of conductor Valery Gergiev to Russian President Vladimir Putin was protested before the concert by a small group of demonstrators with rattles and whistles. The noise could be heard from far away, but while the audience proceeded to the entrance, hardly anyone took note of the people behind it. Registered and approved, the activity was secured by three police cars. 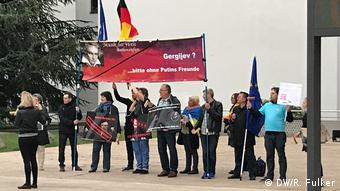 They didn't have much of an effect on festival-goers

Meanwhile, at the Bonn Market Square a couple of kilometers away in the city center, Gergiev's controversial status was also addressed, but his status as a conductor remains undisputed - as was the fact that the world renown of the Mariinsky Theater Orchestra, one of Russia's oldest, would hardly have been possible without him - or his ability to get government support for music and culture.

About 200 people had come to the Market Square and enjoyed the ambiance until a rainfall set in. There visitor Rolf Diepenbrock said: "This is about art. And that was an absolutely superb achievement."

Excursion to a fantasy world

Back to the concert in the WCCB, where the robust, hearty performance of Beethoven's Fourth Symphony matched the smiling faces in the orchestra's ranks. But Beethoven is not only about the style of sound, but its structure as well, and one wished for a more structural approach on the part of the conductor. 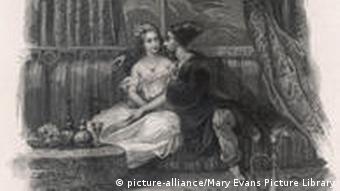 This maestro's love for using music to expedite the soul to the world of fantasy better fits the orchestral suite "Scheherazade" by Nikolai Rimsky-Korsakov, where the musicians can travel from one dreamy landscape of sound to another.

Later, visitor Ulrich Heide remarked, "I was extraordinarily enthused by the performance of the piece by Rimsky-Korsakov."

And what view did the concert afford of the proverbial Russian soul? "I think it's important that we work closely with Russians in general," Limbourg said. "We could feel how close Germany and Russia - and maybe Europe - are in terms of music and that we have a common history in this sense. And so we have to further cultivate it despite our political differences. It's this plurality that makes Europe rich, and that's what we've heard tonight."

The Beethovenfest and the "Distant Loved One"

Encounter with Ukraine in the Campus Project

Young musicians from Germany and Ukraine wowed audiences in Lviv and Kyiv, with more intercultural dialogue and musical fireworks still to come. (29.08.2017)