Bayern Munich are looking to make a statement of intent when they face Hoffenheim on Saturday — on and off the field. There have also been developments in the search for a long-term successor to Jupp Heynckes. 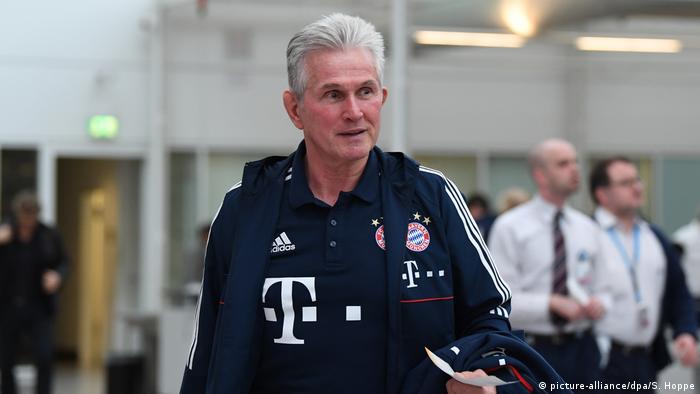 Bayern Munich are out for revenge when they welcome Hoffenheim to the Allianz Arena on Saturday.

Back on Matchday three, Hoffenheim inflicted Bayern's first Bundesliga defeat of the season, leaving the Bavarians sixth in the league while Hoffenheim went level on points with Borussia Dortmund at the top.

Much has changed since, both in terms of league position and squad personnel, and Bayern chief executive Karl-Heinz Rummenigge believes the time has come "to put things right and show who the German champions are."

Since the return of Jupp Heynckes to the Bayern bench in October, the reigning champions have sent an unequivocal message to the rest of the league by winning 17 of their 18 games in all competitions. But while the Bavarians have been merciless on the pitch, a different approach has been taken off it with club president Uli Hoeness conducting a public "charm offensive" to convince Heynckes to remain in charge next season. 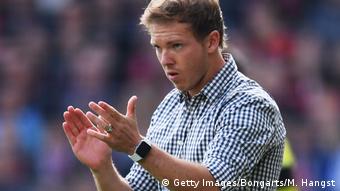 Ruled out: Julian Nagelsmann won't be taking over at Bayern - yet.

The 2013 treble-winning coach agreed to take temporary charge of Bayern until the end of the season but, with Bayern's search for a long-term choice so far proving fruitless, Hoeness is trying to convince his good friend to extend his "favor."

Top of Hoeness' list was initially thought to be Hoffenheim coach Julian Nagelsmann but, if reports in Germany are to be believed, the 30-year-old has been ruled out by the Bayern hierarchy ahead of his team's trip to Munich on Saturday. According to mass-circulation daily BILD, Nagelsmann is considered too inexperienced to manage Bayern's superstar squad while his failure to guide Hoffenheim out of a Europa League group including Ludogorets, Braga and Istanbul Basaksehir raised concerns over his European pedigree.

After leading Hoffenheim to fourth place last season — and qualifying for Europe for the first time in the club's history — Nagelsmann has struggled to replicate the success this term. In his defense, Hoffenheim's squad has been picked apart. Defender Niklas Süle and holding midfielder Sebastian Rudy were snapped up by Bayern in the summer, paving the way for Sandro Wagner's move this month, while right-back Jeremy Toljan joined Borussia Dortmund.

But Hoffenheim patron Dietmar Hopp, who has financed the village team's rise through the leagues to the tune of 350 million euros ($434.4 million), is unwilling to let his young coach go the same way before his contract runs out in 2019. Sporting director Alexander Rosen has also insisted that "we don't have a coach-finding task force and we're not meeting candidates because we don't need to think about the subject." 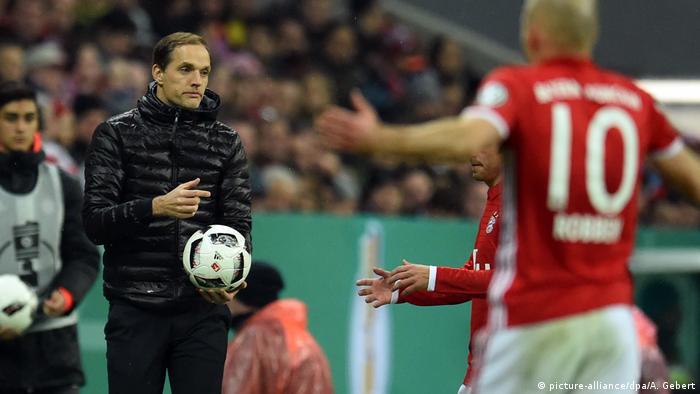 Hoeness has always harbored doubts over Tuchel's personality after personal disagreements led to his Borussia Dortmund exit, but CEO Rummenigge is known to be an admirer of the 44-year-old, who led Dortmund to DFB Pokal glory last season.

While an 18th win for Heynckes on Saturday would send another message to the rest of the Bundesliga, appointing a coach of Tuchel's pedigree to succeed him would also send a strong statement about Bayern's European ambitions. 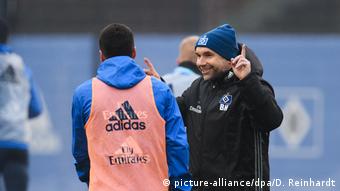 Looking up: Bernd Hollerbach (r) takes charge of HSV for the first time

— Bernd Hollerbach takes charge of struggling Hamburg for the first time as the Bundesliga's oldest surviving founder members travel to the league's newest addition — RB Leipzig. After taking his first training sessions this week since taking over from Markus Gisdol on Monday, Hollerbach is hoping that his team can "present a united front in Leipzig" as HSV begin their latest relegation battle. Hollerbach has also convinced unsettled Brazilian midfielder Wallace to stay, saying: "I had a good discussion with him. He says he wants to give everything for the team and has made a very good impression."

— Borussia Dortmund coach Peter Stöger has not ruled out giving Pierre-Emerick Aubameyang a place in the starting XI against Freiburg on Saturday. "He's made a good impression in training recently and if he continues to do so, he'll be in contention for Saturday," said the Austrian. With Aubameyang's proposed move to English side Arsenal still not confirmed, the 28-year-old can expect a red-hot reception from the Yellow Wall.

— Since Matchday 11, no second-place team has managed to win a game, with Borussia Dortmund, RB Leipzig and Schalke all slipping up and allowing Bayern to extend their lead to 16 points. On Matchday 20, Bayer Leverkusen are the "best of the rest." The Werkself will be looking to build on last week's thumping win away at Hoffenheim when they welcome Mainz, and lift the second-place curse.