A German policeman has succumbed to injuries sustained in a gun battle on Wednesday with an alleged far-right extremist. The shooting happened when officers attempted to confiscate firearms from a local man. 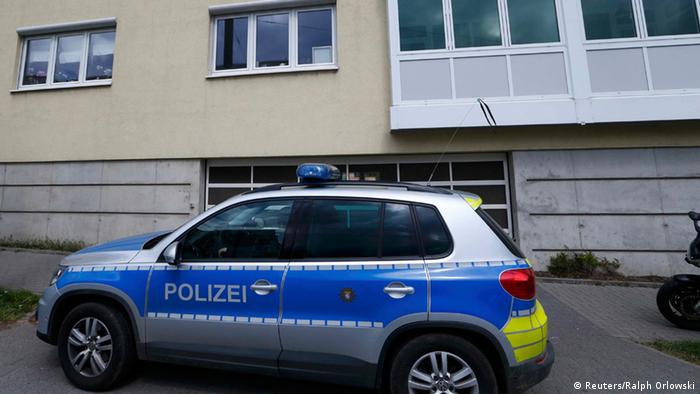 A police spokesman confirmed on Thursday morning that the 32-year-old officer had died, hours after a shootout in Georgensgmünd, a town in Germany's southern Bavaria state.

"He is definitely dead now," said the spokesman, referring to confusion on Wednesday evening that led to police falsely stating that the officer had already died when he remained critically injured in hospital.

The officer's suspected murderer, a member of the far-right "Reichsbürger" movement, was due to appear in court later on Thursday.

Wednesday's gun battle happened when police raided the residence of the 49-year-old man to retrieve licensed weapons he had been deemed unfit to handle.

The suspect opened fire on the officers and three other officers were also wounded in the incident.

One of them remains in severe condition, the other two sustained minor injuries.

The gun owner, who is a hunting enthusiast and had legally purchased his firearms, was apprehended shortly afterwards.

"Citizens of the Reich"

The far-right "Reichsbürger" group - which translates as "Citizens of the Reich" - denies the existence of the present-day Federal Republic of Germany, asserting instead that the German empire continues to exist within its pre-World War II borders.

Germany, they maintain, remains occupied and is being exploited by the allied forces.

The national interior ministry estimates that the number of group members is only in the triple digits. However, they say it may also boast a high number of sympathizers.

In a recent report, Berlin's state intelligence service described the movement as "an extremely diverse range of small groups and individuals who believe in an ideological mixture of conspiracy theories, anti-Semitic and anti-democratic views, and who have been behaving increasingly aggressively for some time."

However, Bavarian interior minister Joachim Herrmann warned on Wednesday against dismissing the group as an "association of crackpots," while police say that many members could be radicalized right-wing extremists.