Bavaria ramps up security measures against terrorist threats | Germany| News and in-depth reporting from Berlin and beyond | DW | 25.07.2017 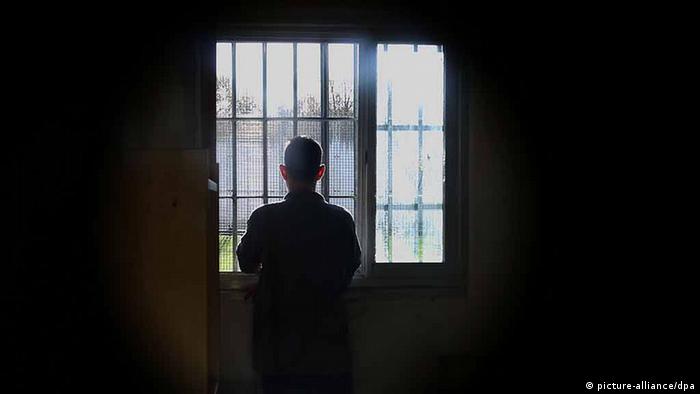 Terrorist attacks in the Bavarian cities of Würzburg and Ansbach; a mass shooting in Munich; the truck attack at the Christmas market in Berlin. In response to these recent violent incidents, the state of Bavaria has passed a new law expanding the powers of the police.

"The most efficient defense against dangers is to not let them emerge at all," said Bavarian Interior Minister Joachim Herrmann. "We’re an open society, but in order to protect that society we need a strong state."

Civil liberties will not be threatened by the authorities through laws or surveillance, he added, but rather by "extremists and chaos."

The power to stop 'imminent' threats

That is precisely what Bavaria wants its police to prevent with the use of new electronic ankle bracelets, surveillance measures and custody rules. Lawyer Kyrill-Alexander Schwarz of the Institute of Constitutional and Administrative Law at the University of Würzburg has expressed a cautious approval of the new law, since he's of the opinion that "one must confront new threats and dangerous situations." Schwarz was invited to the state parliament along with two other professors to serve as a legal expert. Their verdict: The state is responsible for the security of its citizens and must remain capable of taking action. 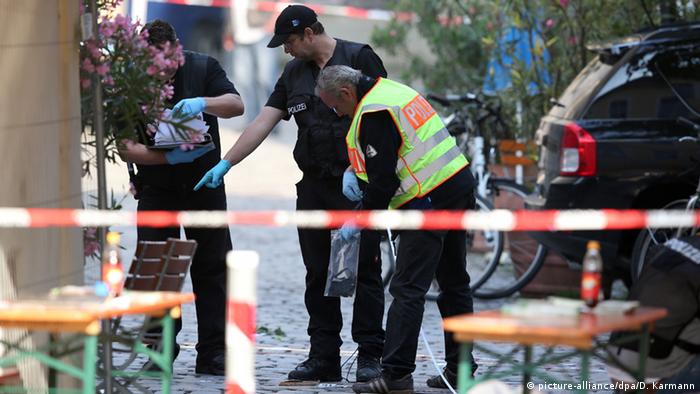 So-called terrorist threats are, according to Bavarian law, people who have not yet committed a crime but are being treated as suspicious. Schwarz refers to these people as "ticking time bombs, in that one doesn't know how active they will become." On the basis of a number of indicators, they are gauged with a certain "potential for violence that should be prevented early on," Schwarz told DW. In Bavaria, beginning in August, these people can be detained for longer periods of time. Before, they needed to pose a concrete threat, but now there needs only to be an "imminent" one - a new legal category introduced by the ruling conservative Christian Social Union party in the new bill. An "imminent threat" exists if "attacks of considerable intensity or impact are to be expected in the near future."

But Schwarz warned the law does not allow you to achieve complete security. Cases in France have shown that even people who were monitored with electronic ankle bracelets were able to escape their surveillance and carry out attacks. For that reason, he said, the legislation is also clearly aimed at making citizens feel safe.

"We have to remember that we're dealing with a situation in which the person concerned has not committed a criminal offense," warned Markus Löffelmann, a judge at the Munich District Court.

He's not the only one who has criticized the changes introduced by the new legislation. Criticism also came from both the judges' union and the police force. The opposition in the state parliament has also said the law goes too far. Katharina Schulze of the Green Party says that the possibility of arresting people who haven't been convicted or suspected of a crime is a massive infringement on their rights.

Social Democrat (SPD) politician Franz Schindler is a proponent of revising the security laws. However, he says the freedom of citizens would be disproportionately limited in the name of security by the new measures. For this reason, the SPD abstained during the vote in parliament. Schindler was especially critical of how the vaguely defined term "imminent threat" empowered the police while possibly infringing upon constitutional rights.

"When a threat becomes concrete and a criminal offense is committed, the police are required to intervene," Schindler said. "What happens in the lead-up before a threat becomes a legal matter is of no concern to the police. This lead-up, this is the responsibly of the secret services to handle."

The Greens' Schulze said that the new law will increase surveillance on regular citizens, but that when the bill was first presented in April, it was said to be aimed at alleged dangers posed by radical Islamists.

"If you then look at the individual details, you can clearly see that it interferes with the rights of every citizen," she argued. "We are dealing here with a law that should be directed at terrorists but that actually interferes with every individual."