Bangladeshi police have arrested a university teacher for allegedly mocking an ex-health minister, who died of coronavirus. Activists say the government is cracking down on those who criticize its handling of COVID-19. 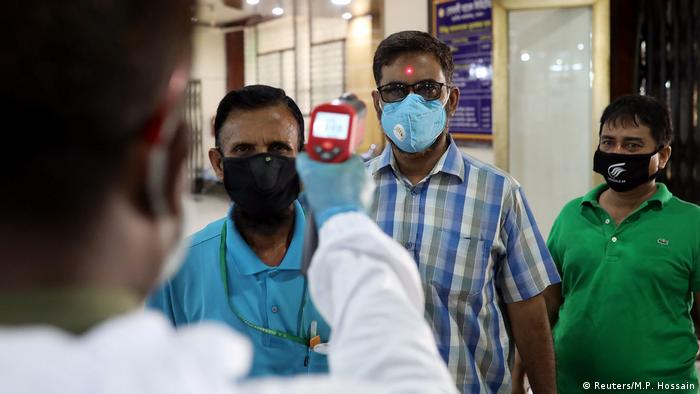 "It [the post] went viral and created negative reactions and undermined the image of the country," Islam added.

"On Sunday, Munira's bail appeal was rejected by a judge, who sent her to jail. The next hearing is scheduled on Monday," said Harun Ur Rashid Swapan, DW's correspondent in Dhaka.

Read more:  Coronavirus: Economy down, poverty up in Bangladesh

Bangladeshi authorities have arrested at least 44 people since March under internet laws for allegedly spreading rumor and propaganda amid the coronavirus pandemic.

Rights activists say internet laws in Bangladesh are being used to suppress dissent and target those who criticize the government's handling of COVID-19.

Section 32 of the Digital Security Act 2018 considers the secret recording of any information at any government, semi-government or autonomous institutions as espionage. Many journalists and online activists, who expose government corruption by secretly recording irregularities, fear that their work can also be regarded as espionage.

Bangladesh has so far reported nearly 90,000 coronavirus cases and around 1,200 related deaths.

On Saturday, Sheikh Abdullah, the state minister for religious affairs, died of the coronavirus after being admitted to a military hospital.

Two ministers in Prime Minister Sheikh Hasina's cabinet, as well as five members of parliament, have also been tested positive for COVID-19, a minister told AFP.

Experts say Bangladesh's state-run hospitals are overwhelmed with COVID-19 patients, with many of them being deprived of intensive care beds and ventilators.