Bangladesh: More women create online businesses during pandemic | Asia | An in-depth look at news from across the continent | DW | 28.12.2020

Many women in Bangladesh who have lost their jobs during the COVID-19 pandemic are using Facebook to run their own businesses. But it is not an easy task in a conservative society. 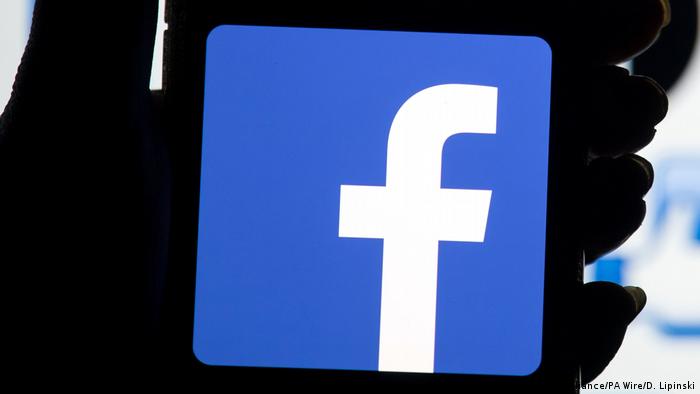 Farida Parvin Shako used to run a beauty salon and a fitness center in the Bangladeshi capital, Dhaka. Her business suffered badly after the coronavirus pandemic hit the country earlier this year. The 45-year-old single mother tried to find a job to make ends meet, but it was not easy.

"I lost hope after getting rejected for many jobs. But I needed to make money to feed my daughter and my mother. So I decided to create a Facebook page for food delivery," she told DW.

Through her Facebook page, people anywhere in Dhaka can order homemade food. Shako cooks a variety of Bengali and Chinese dishes.

"Most of my clients are working women who don't have time to cook at home," she said, adding that sometimes she works more than 15 hours a day to prepare orders.

Social media have enabled more women in the Bangladeshi capital to start their own business. Sultana, another budding enterpreneur, decided to launch her Facebook page, "The Tree House," to sell saplings. Her husband lost his job as a result of the coronavirus crisis, and so she wanted to help him.

"I started my business with only 1,000 taka (€10, $12) — my savings at the time. My husband and I buy plants from different places and deliver them to those who order them online," Sultana told DW.

Her business is still in its initial phase, but Sultana is eager to make it big.

Syed Almas Kabir, the president of BASIS, Bangladesh's largest association of software and information services, says around 300,000 people — about half of them women — in the country are running their businesses with the help of Facebook.

"Businesses via Facebook have multiplied during the COVID-19 pandemic. It is sort of a blessing in disguise," Kabir added.

Samia Farah, who manages Women and E-Commerce, the South Asian country's largest Facebook group for women entrepreneurs, said her forum has gained many new members since the start of the pandemic in March.

"We started this group in 2017 and had around 50,000 members until March. Now we have over a million members," she told DW, adding that a good number of them were new women entrepreneurs.

"Many of these women are involved in homemade food delivery services. Some sew clothes, sell jewelry items or offer other services that can be provided from home," she added. "Not everyone makes a fortune, but many women earn decently. An increasing number of women are joining our group."

Although these are positive signs, Farah says that many people in Bangladesh still look down upon independent women. Some members in her group complain that the patriarchal society still doesn't accept women in the business sector.

"There are some people who think that women shouldn't work [outside their homes]," Farah said.

Rupa Abdullah, who is a baker in the city of Cox's Bazar, says the country is not safe for businesswomen.

"Our society needs to change their views about women, and the government needs to ensure that women are safe when they go out for business dealings," Abdullah told DW.

Shako also says that it is unsafe for a woman to travel alone in Bangladesh. For that reason, she always needs a man's help, she said. "At times, the delivery men don't take me seriously. If I were a man, they would have treated me differently," she said.

Shako says it is more difficult for a businesswoman to get a bank loan than a man. She urged the government to address this issue.

Kabir says the government has taken some initiatives to provide loans and tax exemptions for women entrepreneurs, but acknowledges that a lot more needs to be done.

"Most of these women are working from home without a trade license. It's difficult for the government to provide loans to someone without a license," he said.

"We need to find a way to help these women without asking them to get a trade license. For instance, an online system can be useful to register their businesses and for women to get bank loans," he added.

Farah agrees. "The government is willing to support us, but there are still many obstacles. The authorities need to make sure that the financial support goes to those who really need it," she stressed.