At least three people have died in the Indian tech city of Bangalore after police fired at crowds rioting against a "derogatory" comment about the Prophet Muhammad. Police have arrested 111 people so far. 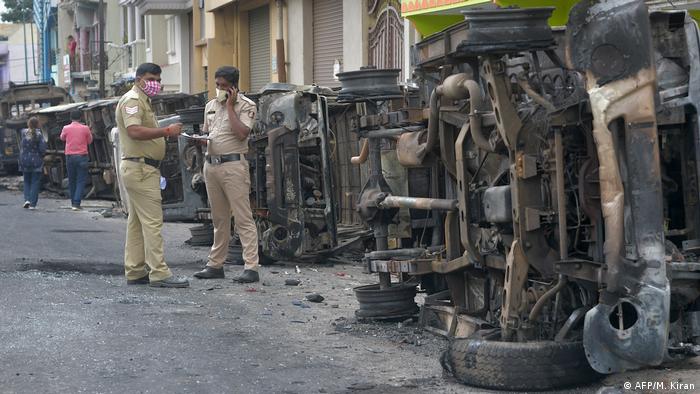 At least three people have been killed in riots after an alleged blasphemous Facebook post about the Prophet Muhammed triggered riots in the southern Indian city of Bangalore, authorities said on Wednesday.

Local media reports that two people killed in the riots had died of gunshot wounds.

Three people were critically injured during the violence violence and at least one reporter was injured, police told French news agency AFP.

At least 60 officers were wounded in the violence as angry crowds attacked a police station, set vehicles on fire and burnt down the house of a Bangalore lawmaker whose nephew was allegedly responsible for the Facebook post. 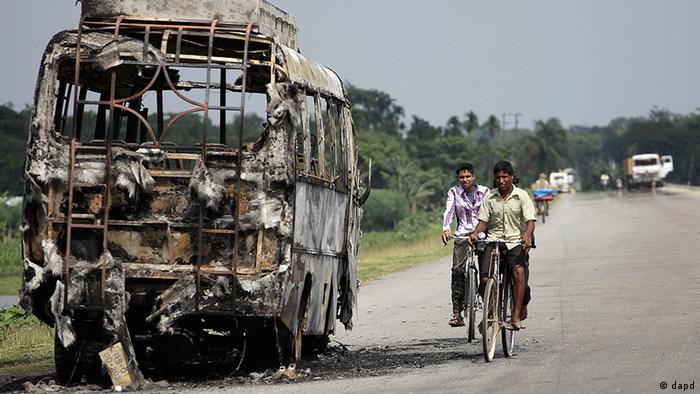 Rioters set vehicles on fire and attacked a police station

Local media showed protesters shouting slogans at the police station and outside the politician's home.

Bangalore police commissioner Kamal Pant wrote on Twitter that the nephew had been arrested for the post, along with 110 others for rioting, stone pelting and arson.

Nearly 10,000 police reservists were deployed following the riots and patrolled the city streets to restore order.

B.S. Yediyurappa, chief minister of Karnataka state, of which Bangalore is the capital, instructed police to take tough action against anyone involved in the protest and urged the public to maintain peace.

"The government will not tolerate such provocations and rumors,'' Yediyurappa said.

A law prohibiting gatherings was imposed on the city on Wednesday.

Dubbed the Silicon Valley of India, Bangalore is home to a large Muslim community among its eight million people. 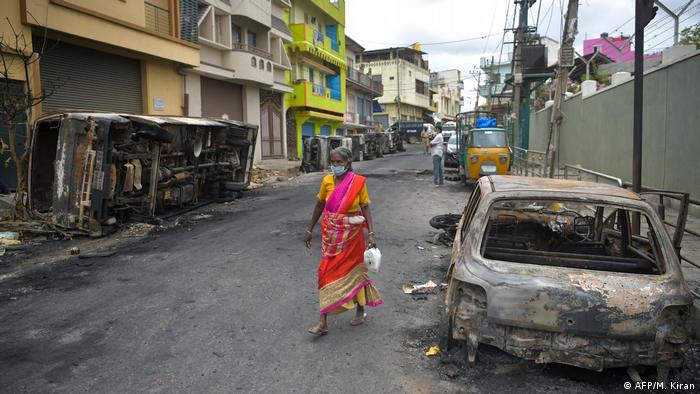 The violence in Bangalore comes months after New Delhi's communal riots, in which more than 55 people,
mostly Muslims, were killed.