EuroPride was to happen for the first time in the Balkans in June, a coup for an LBGTQI community facing embedded discrimination. Despite the cancellation due to COVID-19, artists from the region are still coming out. A Europewide Pride event, EuroPride has been held annually across the continent since 1992. This year, Thessaloniki was looking forward to becoming the first Balkan city to host EuroPride in June, until the dream was ended by the coronavirus pandemic.

Former Thessaloniki Mayor Yiannis Boutaris long fought to bring EuroPride to the northern Greek city, despite resistance from politicians and the Orthodox Church.

In a 2017 magazine interview he declared that the event was an asset for Thessaloniki, and that it was the duty of a democratic society to recognize diversity.

"Boutaris may not be gay, but he has fought for our rights," said Evi Minou, a queer filmmaker from the city. "And for that he has attracted much hatred from nationalists. Thessaloniki didn't like him."

She added that religion remains a major barrier. "Even if there are politicians who want to make a difference, they are often hindered by the church, which has a great influence in Greece," she told DW.

Greece hasn't introduced same-sex marriage legislation, nor allowed legal adoption of children for gay couples. Minou still hopes for equal rights for same-sex partners, and more tolerance and openness. "Gay people should be able to move freely on the streets without fear of hatred and violence." 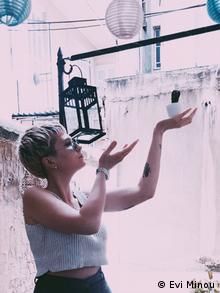 While Pride and Christopher Street Day events have been taking place in Western Europe for decades and are considered a celebration of joy and coexistence, in the Balkans such parades are much more like demonstrations for basic human rights for LBGTQI (lesbian, gay, bisexual, transgender, queer and intersex) people. Only last September, Pride parades could be held for the first time in Sarajevo in Bosnia-Herzegovina, while they debuted in Skopje in North Macedonia in June 2019.

Although more cosmopolitan Balkan cities like Zagreb and Belgrade have become more accustomed to such gatherings, lesbians and gays are among the minority groups that faced widespread discrimination, exclusion and even attacks. Again, the church is partly to blame, especially in Serbia where Orthodox clergy joined forces with far-right nationalists to make sure the Belgrade Pride event was canceled in 2009. It did take place the following year, but was the scene of an infamous anti-gay riot.

Such tension was acknowledged when Belgrade was announced as the host of EuroPride in 2022. "I have seen for myself the violence and protests that Belgrade Pride has experienced in the past, and our members' votes for Belgrade show that we want EuroPride to have maximum impact," said Kristine Garina, president of the European Pride Organizers' Association, in September 2019. "EuroPride will have a huge impact for LGBTI people in Belgrade, Serbia and the whole region," she added.

That didn't stop Belgrade's Pride Center from being attacked a few days later.

Vasil Boyanov, better known as Azis, is a gay Bulgarian singer and performer of Roma ethnicity. He was born in a women's prison because his mother sold clothing, which was considered "entrepreneurial activity" and was therefore forbidden while Bulgaria was still under communist rule.

"To this day I live with prejudices that will probably accompany me until my death," Azis told DW. "Even when I was 5 or 6 years old, children refused to play with me because they thought I smelled. It was precisely this fear of exclusion that made my mother bathe and perfume me twice a day, put on extra-white clothes to make me look clean. But it only accentuated my dark skin even more."

Azis was interested in music at an early age, and today he is a popular performer in Bulgaria and across the entire Balkan region, having amassed a global fan base that stretches to Asia. 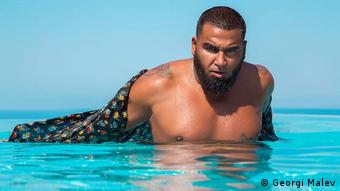 Due to his position as a successful artist his "skin color and my sexuality can be forgiven," he said. "I represent freedom, but that bothers some," he added. "Many want us all to be white and have blue eyes."

Fighting for diversity across the Balkans

"Being black and gay is hard, not only in Bulgaria, but everywhere. We're not welcome anywhere … only in Berlin maybe, but the world is not Berlin," said Azis, who lived in the German capital from 1989 to 1992.

Balkan countries like Bulgaria still find it difficult to accept diversity. This has also been demonstrated by the debate surrounding the signing of the Council of Europe Convention preventing and combating violence against women and domestic violence, better known as the Istanbul Convention.

Extreme right-wing parties that are part of Bulgaria's governing coalition, along with the church, spoke out against the convention due to a perception that it can be interpreted to include gay marriage, even if not explicitly stated. The Bulgarian Constitutional Court accordingly ruled it was unconstitutional, saying the word "sex" in the Convention needs to be rigidly defined as male or female, implying a fear that trans people will be recognized. The Convention has still not been ratified.

In comparison to other southeastern European countries such as Bosnia-Herzegovina or Montenegro, where LGBTQI people still fear constant verbal and physical hostility, Croatia has stepped out of the Balkan shadow.

"I have also received various threats, gossip, degradation and stigmatization, but compared to what others have to experience, it is not much," said queer Croatian writer and journalist Srdan Sandic, who lives in the Croatian capital, Zagreb. 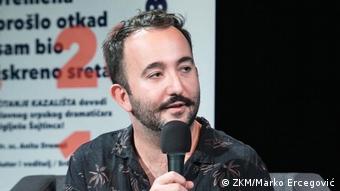 "In the early 2000s, a greater number of police officers were needed for Pride to take place at all [at Pride 2002, 32 people were injured — Editor's note]," he told DW. "But nowadays there are fewer attacks and this is a great success for the LGBT community. It is now an event that is not dangerous, but fun. I love this day."

But such tolerance is largely limited to Zagreb. The struggle for recognition is far from over in more remote corners of the country.

"I wish for normality", said Sandic, whose new book Ljubav je glagol (Love is a verb) is dedicated to the topic of homosexuality and universal love. In it he calls for acceptance of diversity, but equality in the political sense: "We want the same right to life, the right to be ourselves."

Sarah Hegazy was arrested, tortured and subjected to sexual assault in prison for waving a rainbow flag at a rock concert in Cairo. She regularly discussed how her time in prison affected her mental health. (16.06.2020)

Moroccan women have been urged to pose as men on gay dating apps to expose family members and their sexual identities. It snowballed into a hate campaign. Why did a gay Instagram influencer tell them to do it? (22.04.2020)

The Russian president wants to codify the notion that marriage is "between a man and a woman." The move is part of his proposals for constitutional changes that critics say are meant to extend his grip on power. (03.03.2020)

Is South Korea's LGBT+ community being scapegoated for COVID-19 spread?

Health authorities call on members of the LGBT+ community to come forward to be tested and to halt the spread of the novel coronavirus, despite homophobic comments in some quarters of South Korean society. (13.05.2020)

Amsterdam celebrated its 25th Pride parade. The Dutch capital's celebration of LGBTQ openness is normally one of the biggest summer parties in all of Europe. But it's not just the pandemic that is casting a shadow over this anniversary year.

In the Balkans, conservative politicians and the church still hold sway over public opinion. As a result, role models are of enormous importance for the LGBTQ community.