Heavy snowfalls and rain have caused chaos in alpine Austria and northern Italy. Avalanche alerts apply in Austria's East Tirol and Italy's Dolomites and South Tirol. Italy's Po river are among those flooded. 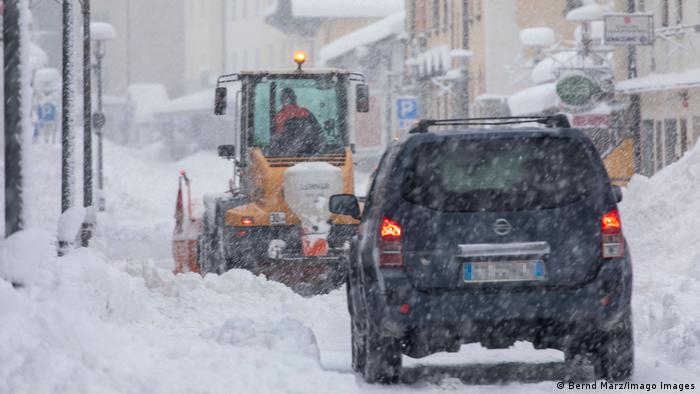 The falls coincided with hefty debate across alpine Europe about banning skiing to minimize coronavirus contacts.

Austria, France and Italy have plans to shut or severely restrict access to slopes this coming holiday season while Switzerland plans hygiene rules to keep them open. 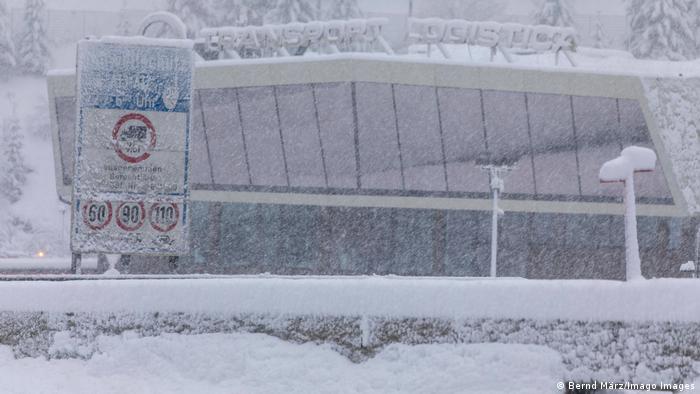 At the Brenner Pass, 90 centimeters of snow were recorded

By Sunday, new snow readings over 24 hours neared records: At Umhausen in East Tirol 80 centimeters (31 inches) were recorded from Saturday into Sunday.

At the Brenner Pass, 90 centimeters of snow were recorded. Rail traffic through to the Italian city of Bozen was halted because of landslide and avalanche risks.

In Italy's Dolomite and South Tirol regions, rescue services were called out hundreds of times. Houses were evacuated in Emilia-Romagna as the river Panaro overflowed its banks.

Racing had taken place on Saturday but only after workers cleared away fresh snow.

Likewise at St Moritz in Switzerland, the women's super G contest was cancelled due to "heavy snowfall and strong wind" and "high danger of avalanche."