Hans Asperger, the Austrian doctor after whom Asperger syndrome is named, collaborated on a Nazi program that involved the killing of disabled children, new research has found. 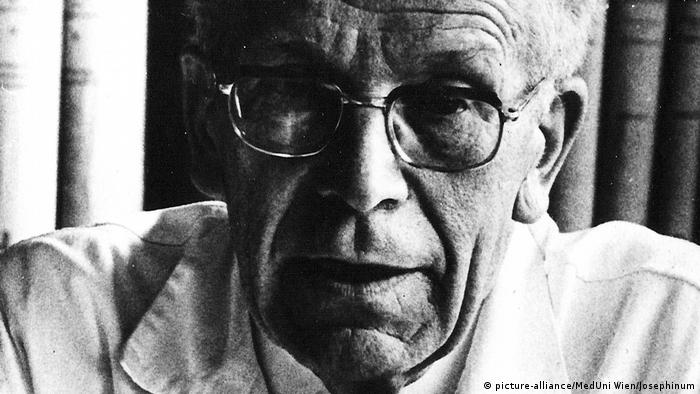 Hans Asperger, the Austrian pediatrician who pioneered studies in autism and gave his name to the Asperger's syndrome, "actively collaborated" on a Nazi program under which hundreds of disabled children were murdered, according to an academic paper published on Thursday.

According to medical historian Herwig Czech, Asperger directly referred two disabled girls to the notorious Am Spiegelgrund children's clinic in Vienna, where some 800 children were murdered under the Nazi's euthanasia program.

Read more: Nazi 'euthanasia' of the disabled 'can never be forgotten'

Asperger also belonged to a medical commission that screened some 200 children at a home for the mentally disabled. Of those, 35 were sent to the Am Spiegelgrund clinic and killed.

According to Czech, who reviewed Asperger's personal files and patient records as part of his research, the Austrian doctor was never an active member of the Nazi party.

However, he did join affiliated groups and "publicly legitimized race hygiene policies," such as forced sterilization.

"Asperger managed to accommodate himself to the Nazi regime and was rewarded for his affirmations of loyalty with career opportunities," Czech wrote in his paper.

Read more: Sub-set savants: They can have autism and super brains, but we know little about them

The new findings debunk previous myths that Asperger was an outspoken critic of National Socialism. Asperger had called for integrating difficult children into society, leading historians to believe that he had sought to protect children from the Nazi regime's euthanasia program.

However, Czech pointed out that Asperger did not advocate protecting disabled children who were deemed incurable.

"This study is about someone who has been celebrated almost like a resistance fighter, and who does not stand up to this image, according to historical sources," he said.

When Hitler's Germany annexed Austria in 1938, Vienna's medical faculties was purged of several of its doctors and replaced with Nazi ideologues.

Czech's research reported that Asperger constantly tried to prove his loyalty to the Nazi regime. This included openly declaring his allegiance to elements of Nazi medicine including "race hygiene," a policy that only allowed certain groups of individuals to procreate. Asperger also signed off on his reports with "Heil Hitler."

In an accompanying editorial in the Molecular Autism journal, editor-in-chief and cognitive neuroscientist Simon Baron-Cohen said he knew Czech's piece would be controversial.

But, he continued, "we believe that it deserves to be published in order to expose the truth about how a medical doctor who, for a long time, was seen as only having made valuable contributions to the field of pediatrics and child psychiatry, was guilty of actively assisting the Nazis in their abhorrent eugenics and euthanasia policies."

Asperger was best known for defining the range of autism disorders. The term Asperger's syndrome was coined decades later, following his death in 1980, and attributed to those suffering from highly functional autism and without developmental delays.

Read more: People with autism connect on the Internet