Nazi ′euthanasia′ of the disabled ′can never be forgotten′ | Germany| News and in-depth reporting from Berlin and beyond | DW | 02.09.2014

Nazi 'euthanasia' of the disabled 'can never be forgotten'

Berlin has unveiled a memorial for victims of what the Nazis called "euthanasia," a program exterminating people deemed "unworthy of life." DW discussed the memorial with disabled politician Andreas Jürgens. 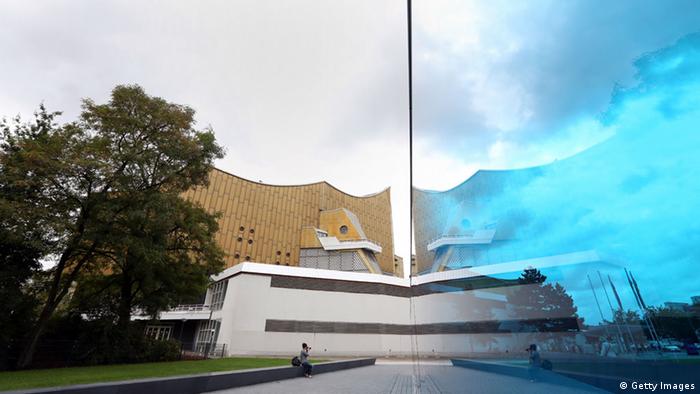 DW: How do you view today's unveiling in Berlin's Tiergarten?

Andreas Jürgens: I personally welcome the notion of a memorial being erected in Berlin, as a symbol of recognition for the victims of Nazi euthanasia. There are memorials around the country that already exist, but to have a central memorial is really very important. Also, the site chosen for this monument is significant in itself. The building that once stood here is where most of the atrocities that happened were conceived and planned.

The Nazis began organizing the program they dubbed "euthanasia" on September 1, 1939, following direct authorization from Hitler. Does it surprise you that it's taken 75 years for Berlin to commemorate this officially?

You have to keep in mind that even after the war, in the Federal Republic of Germany, disabled people at first weren't included in the equality clause of the country's constitution. German Basic Law, article III, initially made absolutely no mention of the disabled. We had to fight for years to get the addition made: "No person shall be disfavored because of disability." And this says a lot about the climate in which disable people found themselves at the time.

This makes Tuesday's unveiling all the more important. I can't say enough about what this means for disabled people in this country, especially now, on the 75th anniversary of the authorization of the euthanasia program.

What does it mean exactly for disabled people here? You yourself have spent your life in a wheelchair… 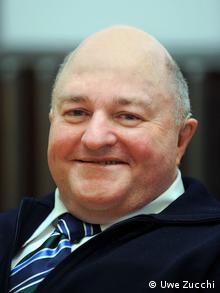 Let me start off by saying I am not 'happy' or 'satisfied' about memorials that recognize the suffering of disabled people. It is a horrible, unthinkable pain that we should even have to erect such things. With that said, however, it is important.

It can never be forgotten what happened to these people. Their extermination and the motivation that led to it must always be remembered. It must be remembered that they were considered "unfit for life." We need to start a kind of lasting dialogue that deals with these inhuman occurrences, with the ideas that led to the political goal of creating a "perfect race" - at the expense of human life.

Has Germany learned a fundamental lesson?

But let me qualify that by saying it's not only about having our right to life recognized by the state. It's about having the same rights as everybody else in society, disabled or not. We are in a position where the social acceptance of disability has been established. Now we must continue to work to ensure that disabilities don't shut any doors.

This has been your political focus…

Yes. Very much has been done in cities around Germany to break down barriers. Public transportation has been transformed to suit people with physical handicaps. Schools have been renovated, restaurants, et cetera. But more can always be done. Of course, there are political issues: How much money should be spent on making our cities more livable? Where can money be saved?

At Tuesday's commemoration, reference was made to another public debate in Germany, namely that of assisted suicide and the right to die. Do you think these two phenomena should be conflated?

Every individual has the right to die. It becomes quite tricky, however, when we ask to what extent that individual is influenced by the help he or she receives when seeking assisted suicide. Is there an element of coercion? All I would ask for is that the debate be conducted very carefully. It is often quite surprising how nonchalantly some people can speak about this topic. Very surprising indeed.

Dr. Andreas Jürgens chairs the umbrella organization of voluntary welfare work in the western state of Hesse. Before becoming a member of Hesse's state parliament with the Greens, he served as a judge at the municipal court in Kassel. He was awarded the Order of Merit of the Federal Republic of Germany, the country's highest civilian honor, in 2003.

German criticism as Belgium moves closer to euthanasia for minors

A German patients' organization has criticized the Belgian Senate's provisional approval of child euthanasia in exceptional circumstances. The two neighbors are miles apart when it comes to end-of-life medical ethics. (13.12.2013)