Chancellor Sebastian Kurz is preparing to fight a no-confidence vote in his leadership. His bid to sack the far-right interior minister over a corruption sting has triggered a damaging backlash. 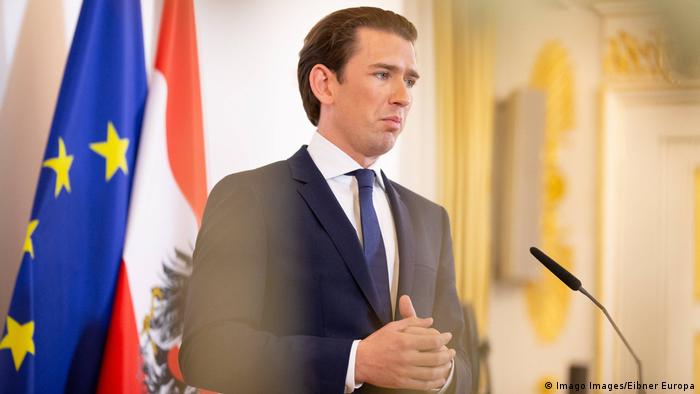 Austrian Chancellor Sebastian Kurz is set to face a no-confidence vote from lawmakers in a special parliamentary session next Monday, the speaker of the lower house said.

The announcement comes after a corruption scandal triggered a rift in the ruling coalition, plunging the government into chaos just days before the European Parliament elections.

What is the Ibiza video scandal? Former Vice Chancellor and Freedom Party (FPÖ) leader Heinz-Christian Strache was secretly filmed on the Spanish island of Ibiza offering government contracts to a fake Russian investor. In return, he allegedly wanted her to buy an Austrian newspaper and use it to help the party in the 2017 elections. That video was published by two German newspapers on Friday. Strache announced his resignation on Saturday.

Government in chaos: Chancellor Kurz said his People's Party (ÖVP) could no longer work in a governing coalition with the FPÖ and called snap elections in September. He also asked the president to remove the interior minister, prominent FPÖ figure Herbert Kickl, to ensure an unbiased investigation into the covert video. The FPÖ then said all its ministers would resign in solidarity if Kickl was forced out.

What now? If there is a majority that votes against Kurz, President Alexander Van der Bellen would have to appoint a new head of government. The FPÖ and the opposition Social Democrats — the second-biggest party in parliament — have not yet said whether or not they will support the chancellor. However the FPÖ's Kickl was quoted by the daily Österreich newspaper as saying: "It would be almost naive for Kurz to assume that we, the FPÖ, have no distrust of him following his distrust in us … those who give trust receive trust and those who give distrust get distrust."