Austria to hold snap polls in September after corruption sting

Austria is set to hold fresh elections in September following the collapse of the ruling coalition. Sebastian Kurz said he could no longer work with the FPÖ after a corruption scandal ensnared his vice chancellor. 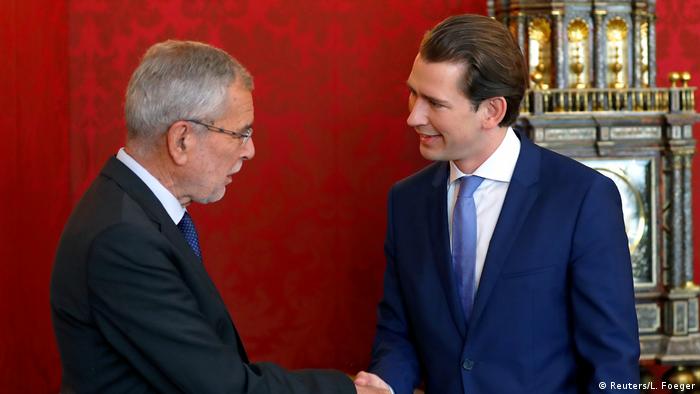 "This new beginning should take place quickly, as quickly as the provisions of the Federal Constitution permit, so I plead for elections ... in September, if possible at the beginning of September," the president said in Vienna after talks with Chancellor Sebastian Kurz.

Kurz called for a fresh vote after a video sting prompted the resignation of the leader of the far-right Freedom Party (FPÖ) — the junior coalition partners in the ruling coalition. The secretly filmed footage appeared to show Vice Chancellor Heinz-Christian Strache offering government contracts to a woman purporting to be a Russian investor in exchange for favors.

Kurz said Saturday he could no longer work with the FPÖ, telling journalists he was fed up with the string of recent scandals involving the party and its "proximity to radical right-wing groups."

"There were many situations in which I found it very difficult to swallow all that," Kurz said.

The covert film showed Strache and party colleague Johann Gudenus talking with a woman claiming to be the niece of a Russian oligarch and interested in investing in Austria. During the meeting on the Spanish island of Ibiza, he allegedly promised to award her lucrative public contracts if she bought Austria's Kronen Zeitung newspaper and used it to help his party in the 2017 national elections.

According to the publications, Strache tells the woman that there would be no resistance among the editorial staff as "journalists are the biggest whores on the planet."

The news outlets did not reveal the source of the footage, which was captured before the October 2017 elections that saw the FPÖ form government with Kurz's conservative Austrian People's Party (ÖVP).

In his resignation statement, Strache denied breaking the law but acknowledged he had been in a state of "increasing alcohol intoxication" and had "behaved like a teenager" in an attempt to "impress the attractive host."

The 49-year-old politician claimed he was framed in a "political assassination" that illegally used surveillance equipment.

After news of the video scandal broke, German Chancellor Angela Merkel warned of the dangers of far-right politicians "for sale."

"We are confronted with currents ... who want to destroy the Europe of our values, and we must stand up to that decisively," Merkel said.