An Austrian police tactical unit was deployed after a 57-year-old local politician fired indiscriminately from his balcony. No one was injured, and the populist Freedom Party of Austria suspended the unidentified man. 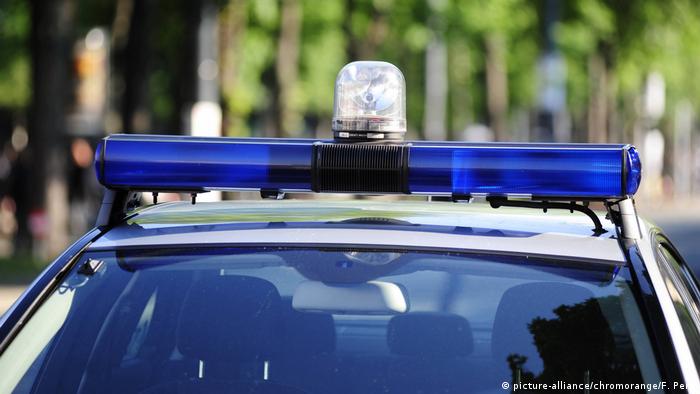 A politician from the far-right Freedom Party of Austria (FPÖ) was arrested on Friday after flying into a rage on the balcony of his apartment and repeatedly firing his gun.

The unnamed 57-year-old fired a total of 29 shots from his pistol during the incident in the town of Bergheim, just 5 kilometers (3 miles) north of Salzburg, according to Austrian media, citing a police report.

The incident, in which no one was injured, took place on Friday morning when the man's reportedly drunken behavior prompted neighbors to call the police, Austrian broadcaster ÖRF said.

Police attended the scene, calmed down the politician and then left.

Neighbors then made a second complaint when he started shooting. The officers returned with a police tactical unit and a helicopter and the politician was arrested.

Police said nobody was hurt in the incident.

A spokesperson for the FPÖ confirmed the arrest and said the man had been suspended from the party.

Local media said the politician is alleged to have started firing in anger at the dismissal of Interior Minister Herbert Kickl, who was implicated in the so-called Ibiza affair that rocked the populist party in May and eventually brought down the country's government.

The Austria Press Agency cited police sources as saying the man had wanted to shoot at photos of the country's president, Alexander van der Bellen, and now former Chancellor Sebastian Kurz. Instead, he imagined their faces in the bushes and fired from his balcony.

The FPÖ had been in coalition with Kurz' conservatives until the scandal broke implicating the then-FPÖ leader and vice-chancellor Heinz-Christian Strache, among other party officials.

Austrian lawmakers have voted for a motion of no confidence in the government of Chancellor Sebastian Kurz. The vote was called by parties on the left, and supported by Kurz's former far-right coalition partners. (27.05.2019)