Police in Vienna have arrested a terror suspect believed to have planned an attack in the Austrian capital. The city has been on high alert since a terrorist rammed a truck into a Berlin Christmas market in December. 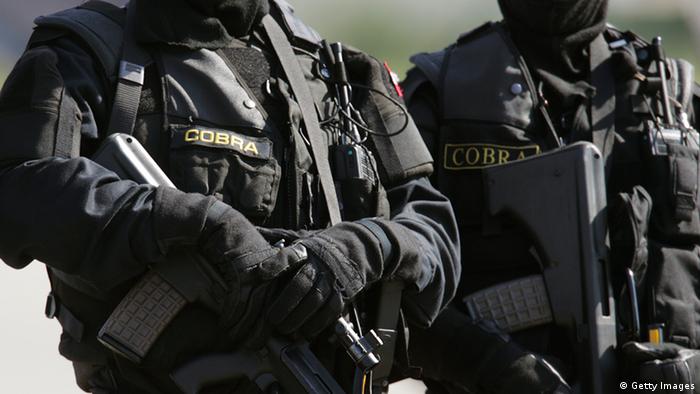 Police spokesman Thomas Kieblinger confirmed that a man allegedly planning a terror attack had been arrested by the country's special forces on Friday.

"In recent days, there were increasing indications of a terror strike in the capital," Kieblinger told the press.

Foreign agencies had alerted Austrian authorities about a planned terror strike. The suspect, who travelled to Austria on Friday, was monitored and arrested in an apartment in Vienna by the country's anti-terror unit Cobra on Friday afternoon, Kieblinger said, adding that "Police, domestic intelligence agencies and Cobra worked closely together."

The spokesman said that the suspect was in custody and being interrogated by the authorities. Austrian newspaper "Kronenzeitung" also reported that the man wanted to carry out a bomb attack in the second half of January. The suspect - allegedly a member of the so-called "Islamic State" (IS) group - had built the explosive himself in Germany, the newspaper said. However, police did not confirm the claim.

Austrian Chancellor Christian Kern congratulated the police on their work, thanking them for making Austria "one of the safest countries in the world."

Meanwhile, police have issued a warning to locals to be careful while going to crowded places. People were asked to contact officers if they noticed objects such as luggage lying abandoned in a public area.

Security authorities were on high alert, he said, adding that "officers in uniform and in civilian clothes were out and about in increased numbers."