The 66 pupils and their teachers have been snowed in for days on the Kasberg mountain. They had to be airlifted out amid record-breaking and deadly snowstorms. 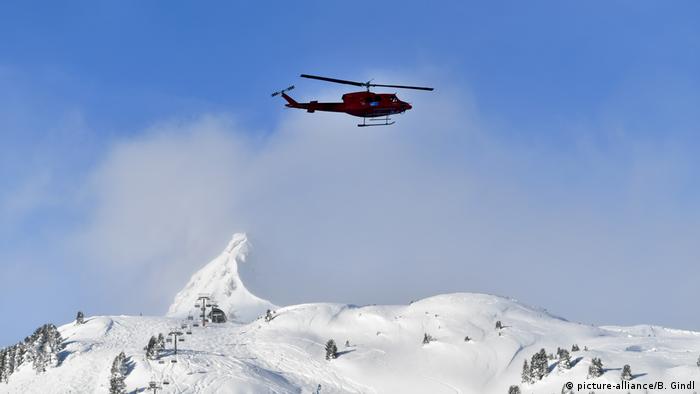 Some 66 German school pupils and their teachers had to be airlifted out of a ski resort by the Austrian army on Friday evening, local media reported. The group became stranded when the enormous snowstorms hitting the Alps in recent days left them completely cut off on the Kasberg mountain near the town of Grünau im Almtal in Upper Austria.

Army helicopters were able to airlift the students out of the hotel. The group had arrived last Saturday, but the resort was forced to cease operations shortly thereafter due to the fear of avalanches, falling trees, and possible power cuts prompted by the heavy snow pummeling parts of western and central Austria.

About 500 soldiers have been called up to clear roads that have become impassable and a further 1,000 are on standby, Vienna said.

At least seven skiers and snowshoers have been killed in avalanches and massive snowdrifts in the past week. Most of the country remains on the highest avalanche alert level.

Several events for the Women's Skiing World Cup, due to be held in Austria this weekend, have been called off.

The massive snowfall further crippled parts of southern Germany, where the military has also been called up to help as many motorists became trapped in their cars on the A8 highway. At least 90 flights scheduled in Munich Airport were grounded on Friday, and a young boy was killed by a falling tree that collapsed under the weight of the snow.