Winter storms hit Europe with avalanche threat over the Alps

Austria has issued its highest warning for avalanches while food had to be trucked into an Alpine village in Bavaria for residents stuck in their homes. At least 14 people have died, and more snow is forecast.

Schools stayed closed in mountainous parts of Austria and Germany on Wednesday as warnings of avalanches were made for several regions. Hundreds of people stayed in their homes due to blocked roads.

Food was trucked into the Berchtesgaden neighborhood of Buchenhöhe in the Alps near the Austrian border southeast of Munich for the 350 residents unable to leave their homes because of the snow. 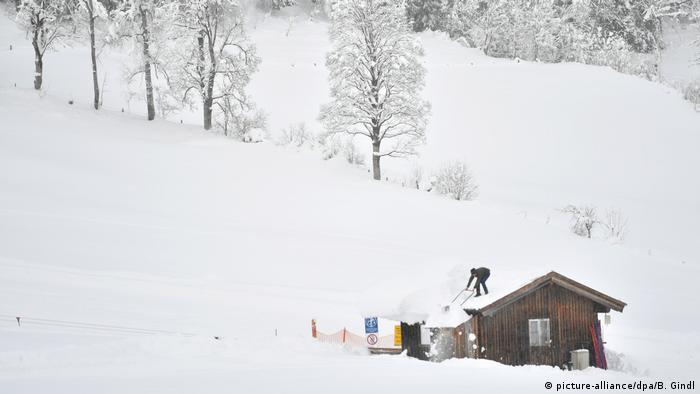 Roads were blocked leading to a 20-kilometer (12.4-mile) traffic jam near Munich on Wednesday. There were power outages in some areas after snow-laden trees took down power lines. Some buildings collapsed from the weight of the snow on the roof. One man was badly injured when he fell from his roof in Turrach, Austria, while shovelling snow. 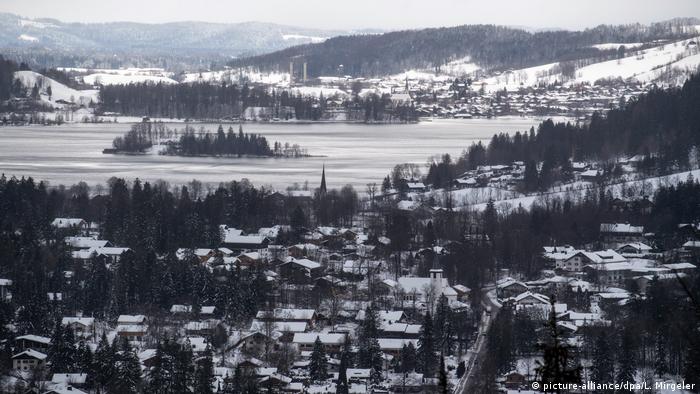 Snow on and around Schliersee in Bavaria

A 62-year-old teacher was one of the 14 people to have died in the last week due to the extreme weather. He was killed while skiing in Mariazeller Bürgeralpe in Austria when he fell and got buried in a snowbank.

The bodies of four skiers have still to be retrieved after they were caught up in a 300-meter (990-foot) wide avalanche that hit a valley near the northern Norwegian city of Tromsoe last week.

Eleven German hikers were snowed in without electricity and little food over the weekend in a cabin near Salzburg before being rescued on Monday.

Six German teenagers emerged alive from an avalanche that engulfed them on Wednesday in the Austrian Alps, police said.

The 16- and 17-year-olds were skiing at the Wildkogel resort in the province of Salzburg when they were swept away by the edge of an avalanche.

Two skiers were completely buried, two were partially stuck in the snow, and two were hit by the snow but not buried, according to police.

Fellow members of their group and other skiers immediately located and rescued them.

Wind slabs can be released easily above the tree-line, even by a single skier, in areas where it is difficult to see because of the weather.

A storm surge has inundated parts of northern Germany, including Hamburg's world-renowned fish market. Europe has been battered by devastating winters storms this year, with meteorologists expecting more soon. (08.01.2019)