Lawmakers in Vienna have voted to curb foreign influence on Austrian Islam. The law they passed has created tensions with Muslims. 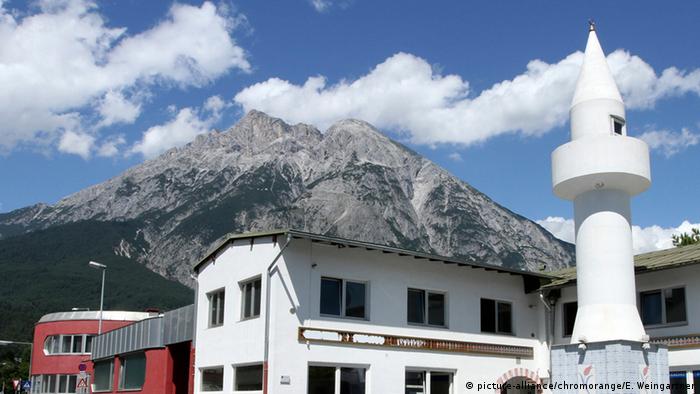 Austria's parliament has banned funding of some Muslim clergy by countries like Turkey and Saudi Arabia. Two years in the works, a law passed Wednesday requires Austria's 450 Muslim groups to demonstrate a "positive approach toward society and the state" to continue receiving official licensing.

Ahead of Wednesday's vote, the center-right Foreign and Integration Minister Sebastian Kurz repeatedly stated his desire to create an "Austrian-style Islam," telling parliament that the law came in reaction to unwanted foreign influences that stood in the way of cultural and religious integration. However, Muslim groups call the law unfairly restrictive.

"The attempt to create an 'Austrian-style Islam' ignores the need for fostering religious diversity and mutual respect," the Vienna-based Turkish Islamic Union protested. "It turns the Islam law into a security law," added the union, which runs several mosques, employing about 60 imams paid for by Turkey's government.

On Tuesday, public broadcaster ORF reported that a recent poll showed that 58 percent of Austrians believed that "radicalization" of Muslims had increased and 41 percent feared terrorist attacks. In November, Austrian police arrested 13 people accused of operating as terror recruiters.

The law will affect about 560,000 Muslims, approximately 7 percent of Austria's 8.6 million inhabitants. They do welcome some parts of the law. It sets up a university-level education program for imams in Austria, grants Islamic clerics the right to visit army barracks, prisons and hospitals, and obliges public institutions to offer halal food and give believers religious holidays off from work.

The far-right Freedom Party (FPÖ), which holds 40 of parliament's 183 seats, voted nay, as did other smaller factions, but the law passed thanks to the current governing coalition of the Social Democrats and center-right People's Party. Representatives of the FPÖ call the law not strict enough and say it would therefore not help prevent radicalization.

"I say that Islam does not belong to Austria, neither culturally nor historically," FPÖ leader Heinz-Christian Strache said in parliament on Wednesday. He had wanted the law to require imams to preach in German and to ban burqas and minarets. Heavily protested at its winter ball in January, the FPÖ has recently found a warmer reception at rallies of local branches of the PEGIDA movement, which began in Germany.

Franz Josef Jung, religious affairs spokesman for Germany's coalition government, called the law fundamentally sound, but he said the Bundestag did not need to take similar measures, despite fears of growing radicalization in the republic.