Austria's ruling coalition wants to implement a law which will let authorities stop providing food and accommodation to refugees whose asylum claims have been rejected. The UN has criticized the initiative. 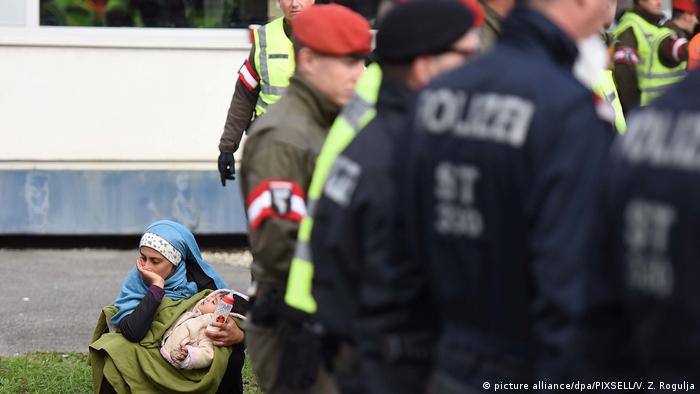 Speaking to reporters in the Austrian capital Vienna on Tuesday, Interior Minister Wolfgang Sobotka said that migrants who were denied asylum would either have to leave or face the consequences.

"The first thing is basically that they don't get anything from the Austrian state if they don't have the right to stay here. Is that so hard to understand?" Sobotka asked, adding that the bill would encourage refugees to leave the country on their own.

According to Interior Minister Sobotka, 4,000 people who should have left the country were still receiving free services. If the law is passed, around 2,000 of these people would be affected. 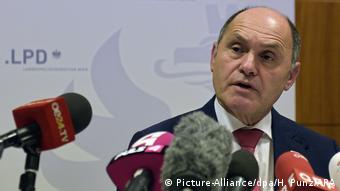 Sobotka: tighter rules for people whose applications have been refused

The proposed law introduces penalties of between 5,000 and 15,000 euros ($5,300 and $15,900) for refugees who remain in Austria. Those refusing to leave could also be detained, as a final measure by the authorities. The maximum length of their detention would be expanded from 10 to 18 months. Furthermore, refugees not telling the truth about their identities could face fines of up to 5,000 euros or three weeks in jail.

Austria's office of the UN High Commissioner for Refugees (UNHCR) criticized the move saying the draft law was "highly questionable" and that lawmakers needed to think about agreeing to it.

Currently, refugees in Austria get free accommodation, food, access to medical treatment and 40 euros or $42.41 every month. Migrants with rejected asylum claims would have to forego these benefits if the draft bill were approved by parliament. Austria has mainly rejected applications from Afghan, Pakistani and Nigerian asylum seekers, according to its interior ministry.

Austria took in around 90,000 asylum seekers in 2015 when hundreds of thousands of people fleeing conflict and poverty in the Middle East and Africa poured into Europe. It has since tightened immigration laws - also intended at countering the rise of the far-right Freedom Party whose candidate came close to winning the presidential elections in 2016.