Austria in an ′unfriendliness competition′, says migration researcher | Europe | News and current affairs from around the continent | DW | 28.04.2016

Austria is annoying Germany with its restrictive asylum policies. Whether they have made an EU-wide asylum system impossible is something DW asked migration researcher Heinz Fassmann. 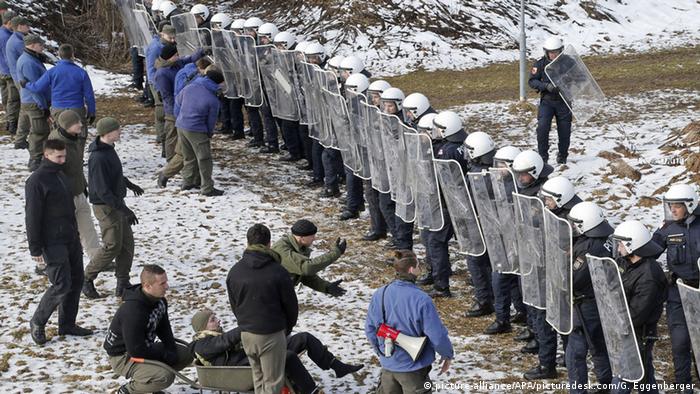 DW: A 400 meter long fence built along the Italian border; asylum laws resembling the harsh restrictions in place in diverse Balkan countries. Mr. Fassmann, were you expecting this sort of reaction from Austria in response to the refugee influx?

Heinz Fassmann: I had expected Austria would enter into this competition of who can be the most unfriendly. Like many other countries, Austria was taken by surprise by the massive influx of refugees in 2015; they were not prepared. The policy in Austria is a sort of reaction that came about because a Europe-wide agreement has not been reached and put into place.

After the Austrian government agreed to changes to the country's asylum law, emergency measures can now be put into place to essentially halt the intake of refugees. Has Austria really reached its upper limit on numbers it can take in?

At the moment, there is no emergency in Austria, as the asylum applicants who arrived in 2015 have been taken in and well taken care of. The danger will come if a situation similar to that of fall 2015 occurs again.

If such a situation is not presently occurring, are these measures more of a political signal? 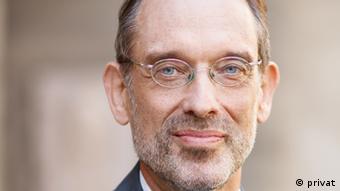 Every law holds political symbolism. But this one is based in reality; namely, it was written to be better prepared for the future should another disorganized mass migration occur. It's also therefore a political symbol domestically, as it serves to show the people we'll be prepared for this. The law is, of course, reflective of the general climate among the Austrian public.

How would you describe the general climate towards refugees?

It's not all that different from the climate in Germany. The readiness to help and take in war refugees is still there. But with the refugee influx, came a number of others who have used the situation to improve their financial perspectives. For such people, there is a markedly reduced willingness among the residents to help.

Austria's policy of employing scare tactics is intended to make people shy away from making their way to Europe. Will this signal be understood by the refugees, or will they choose other routes?

Both. At a time when the borders are harder to cross, migration will become more expensive and more dangerous. That, of course, has the effect of scaring people away, which will lead to a reduction as well as the creation of a detour route. But when the hot spots are closed to refugees, there won't be many other options. Many people will then remain in the reception centers in Italy and Greece to await the decisions on their asylum applications. 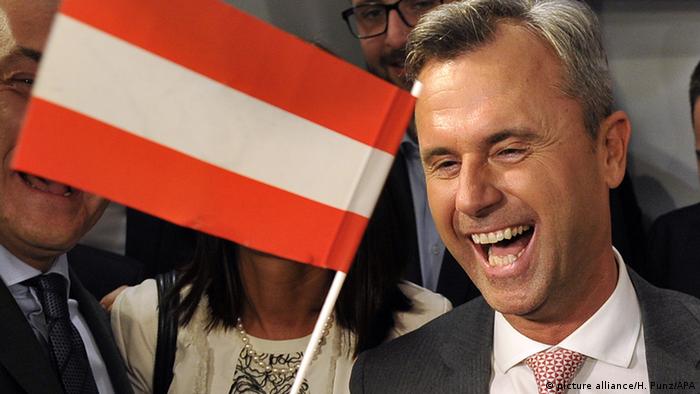 Norbert Hofer has benefited from the many disgruntled voters

This has led to some of Austria's EU members - notably Germany- expressing their displeasure. Will Austria run afoul of the EU with its restrictive policies?

Austria has certainly not made any friend with these policies, neither in Italy nor in Greece. Out of fairness, though, one must note that Greece and Italy have also not done their duty in fulfilling the obligations set out by the common European agreement on asylum. They have not seriously handled any asylum application processing but instead waved the refugees through to the northern states. In that respect, the accusations sort of cancal each other out.

German Foreign Minister Frank-Walter Steinmeier said a few days ago that the current low number of refugees offers an opportunity for Austria and Germany to split the difference. Yet the Austrian government is signaling the opposite. Will this damage relations between the two countries?

Not seriously. First, because the two countries have such close ties this political decision will not have a long-term influence on relations. Second, the number of refugees entering the countries now is so low because of the closure of the route through the Balkans that - whether German officials want to admit this or not - Austria has, in essence, provided Germany with a good degree of assistance. 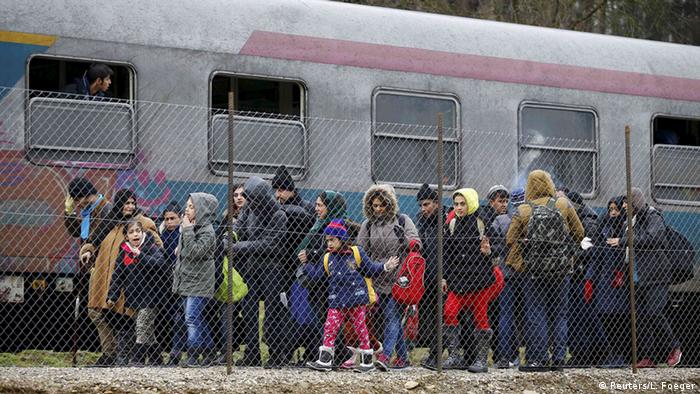 Fences are cropping up all over Europe to keep refugees out

Isn't Austria through this policy weakening Germany's position within the EU? A common plan for the two governments to proceed was something that was previously considered possible.

Austria is for a European solution. A continued long-term re-nationalization would only increase the European crisis and not lead to the end goal! The European Commission has, in spite of the influence of the German government, set out too few concrete goals for success.

Does that mean that Austria is applying pressure on the EU? Will the Commission respond to that and in doing so, open up a new line of discussion toward a common policy for asylum?

Absolutely. The EU Commission is increasingly realizing that a return to the foundation of a common European asylum system is a central question – more important and much more emotional than the financial crisis, for example. In this instance, it's no longer about money in huge amounts hard to imagine; here, it is about people. The Commission should use the second chance they've been given.

Heinz Fassmann is a migration researcher and Professor of Geography at the University of Vienna. He is also a member of the Board of Experts for Integration, which serves as a consultant to the Austrian government.

The enfant terrible of non-fiction German literature is back. Thilo Sarrazin's latest book examines the "big mistakes" in current German and EU politics - but his provocative statements no longer surprise anyone. (28.04.2016)

Australia's prime minister has vowed not to be "misty-eyed" about people who survive sea voyages in search of asylum. Papua New Guinea plans to close down one of Australia's outsourced refugee detention centers. (28.04.2016)