As water temperatures rise and ocean acidity levels increase, corals are dying off at record rates. Now, researchers believe they may be able to prevent coral bleaching in parts of the world's largest coral reef system. 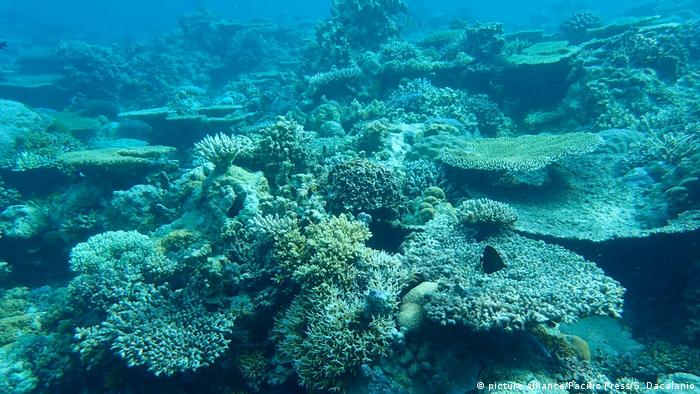 An ultra-fine ‘sun-shield’ created by Australian scientists could be used to protect the Great Barrier Reef from further coral bleaching.

By spraying a protective layer onto the surface of the water, researchers believe parts of the reef could be shielded from sunlight and effectively cooled.

"While it’s still early days, and the trials have been on a small scale, the testing shows the film reduced light by up to 30 percent," said Anna Marsden, from the Great Barrier Reef Foundation (GBRF) .

Created using calcium carbonate and 100 percent biodegradable, the film is some 50,000 times thinner than human hair, according to the GBRF.

"It’s designed to sit on the surface of the water above the corals, rather than directly on the corals, to provide an effective barrier against the sun," Marsden said.

A team of scientists, led by the pioneer of Australia’s polymer bank notes, tested the protective layer on several different types of coral and found the film decreased bleaching in most species.

Not an all-encompassing solution

Scientists believe the film has the potential to prevent further damage to the World Heritage-listed site, which has suffered significant bouts of coral bleaching caused by rising sea temperatures and increasing ocean acidity.

While the shield is not intended to be a solution for the entire reef, which stretches 348,000 square-kilometers, Marsden said it could be applied to smaller, high-risk areas.

“The concept needs more work and testing before it gets to that stage, but it’s an exciting development at a time when we need to explore all possible options to ensure we have a Great Barrier Reef for future generations," she said.

Read more: Could manmade clouds save the Great Barrier Reef?

The site, which attracts millions of tourists each year, is the world's largest coral reef, home to some 400 types of coral, 1500 species of fish and 4000 varieties of molluscs.

Scientists have observed widespread bleaching across the reef since the 1990s, with the most significant bleaching events occuring in 2016 and 2017 and claiming an estimated two-thirds of the reef.