The Great Barrier Reef is worth 12 times more than the Sydney Opera House, at least according to a report commissioned by a charity protecting the natural wonder, hit by severe coral bleaching in recent years. 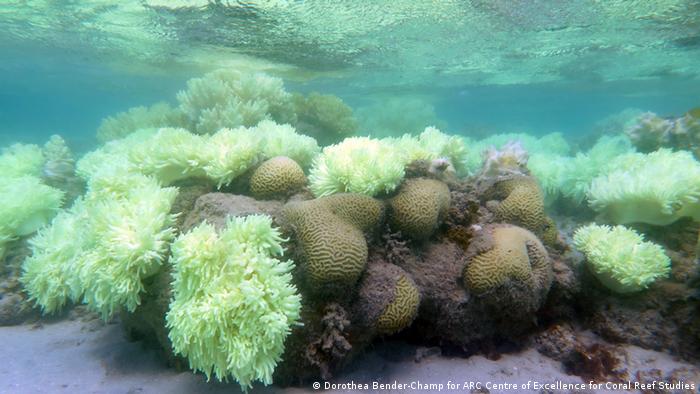 Its report, which was commissioned by the Great Barrier Reef Foundation, said the Great Barrier Reef is worth 29 billion Australian dollars in tourism. It also assigned a further value of 24 billion more in "indirect or non-use value" – people who know about the reef but have not visited it yet. Another 3 million dollars came from recreational use, like beach visits or diving, Deloitte found.

The assayers said that the Reef had contributed 6.4 billion dollars to the Australian economy in 2015 and 2016 combined, supporting 64,000 jobs including 33,000 in the state of Queensland.

"At 56 billion dollars, the Reef is valued at more than 12 Sydney Opera Houses," said Steve Sargent, the director of the Great Barrier Reef Foundation. He also called it "a bigger employer than many well-known Australian companies, including Qantas Airlines."

"The study also confirms that no single Australian natural asset contributes as much in terms of brand and iconic value to international perceptions of 'Brand Australia.'"

The study, based on six months of analysis, included a survey of 1,500 Australian and international respondents from 10 countries. It found people value the reef for a variety of reasons, from its importance for tourism to the belief that Australia would just not be the same without it.

"We've been able to look at it as an 'asset' that has incredible value on multiple fronts - from its biodiversity and job creating potential to its support for critical industries and standing among international visitors to Australia," said John O'Mahoney, the lead author of the report.

'Too big to fail'

The Great Barrier Reef, a UN World Heritage site, is the largest living structure on earth – larger than Italy. It is one of most biodiverse ecosystems on the planet, home to billions of marine lifeforms.

In recent years, the Great Barrier Reef has suffered from coral bleaching, killing off organisms inside the coral. This effect is mostly caused by changes in climate conditions, like rising sea temperature, or over-fishing. Last year saw one of the worst cases of bleaching in which an estimated 29 percent of the shallow water corals died off. Another mass bleaching took place this year, although the effect is not yet known.

"This report sends a clear message that the Great Barrier Reef - as an ecosystem, as an economic driver, as a global treasure - is too big to fail," Sargent said.

Deloitte says climate change remains the most serious threat to the structure. "We have already lost around 50 percent of the corals on the GBR in the last 30 years. Severe changes in the ocean will see a continued decline ahead of us," the report said.

Australia hosted a summit of more than 70 of the world's leading marine experts last month to develop a plan on how best to handle the problems facing the reef. Some of the options explored included developing coral nurseries, strategies to boost culling of crown-of-thorns starfish, expanding monitoring systems and identifying priorities sites for coral restorations.