Thousands of Australian children have walked out of school calling for government action on climate change. Australia is one of the biggest per capita carbon polluters in the world. 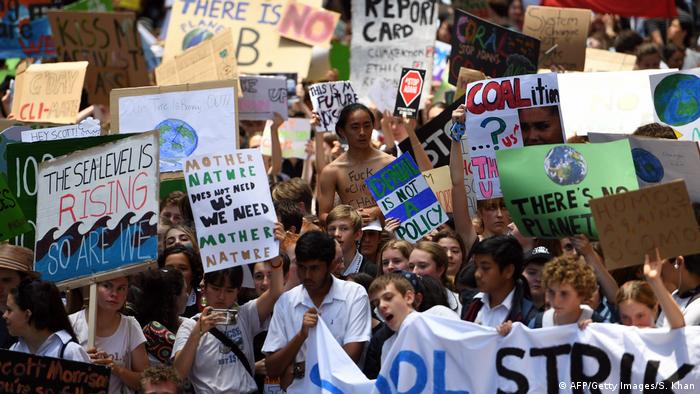 Thousands of children across Australia skipped lessons on Friday to take part in mass protests to demand that the government take action on climate change.

The protests took place in defiance of pro-coal Prime Minister Scott Morrison, who earlier said children should remain in school and learn rather than demonstrate.

Children, parents and teachers who gathered in the central business district of Sydney in the lunch hour chanted "ScoMo's got to go," using an abbreviated form of the premier's name.

"Our prime minister thinks we should be in school right now and maybe you should be," 13-year-old Shiniva Esera told the crowd. "But how can we sit by and not do anything to protect the future of this planet?"

Australia's conservative government, which contains several climate-change sceptics, earlier this year weakened its commitment to the targets contained in the 2015 UN Paris climate accord. The country continues to be reliant on coal-fired plants for energy, contributing to its status as one of the biggest per capita emitters of greenhouse gases in the world. 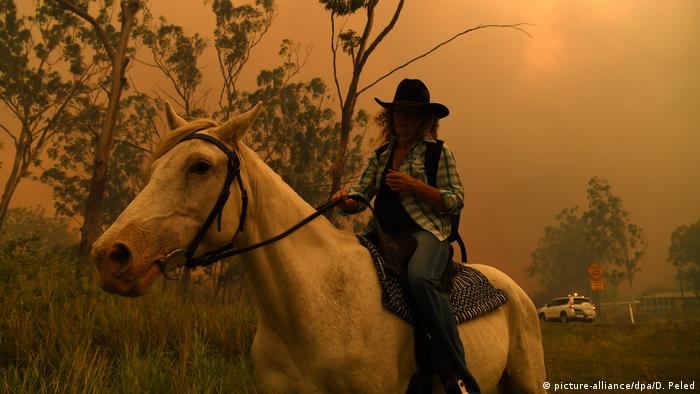 The Queensland bushfires forced hundreds to flee on Wednesday

Morrison himself has long been hostile to renewable energy and in favor of coal as a source of energy. As treasurer in 2017, he famously brought a piece of coal into parliament, taunting the opposition by saying: "This is coal, don't be afraid."

His resources minister, Matt Canavan, who has disputed the science on climate change, also criticized Friday's protests, saying the children would learn only to join the queue for unemployment benefits.

"I want kids to be at school to learn about how you build a mine, how you do geology, how to drill for oil and gas," he told radio station 2GB.

The demonstrations came a day after the Indian mining company Adani announced it would go ahead with a controversial coal mine in the northeast of the country. Critics of the mine say that the mine and the expanded port to serve it will pose a risk to the fragile and unique ecosystem of the nearby Great Barrier Reef, one of Australia's biggest tourist attractions.

They also come as the country experiences unprecedented heatwaves and flooding that scientists say are linked to climate change. More than a hundred fires are ablaze in the northeastern state of Queensland amid unseasonable temperatures.

The rallies were inspired by 15-year-old Swedish girl Greta Thunberg, who holds protests every Friday outside her country's parliament, skipping lessons to do so.